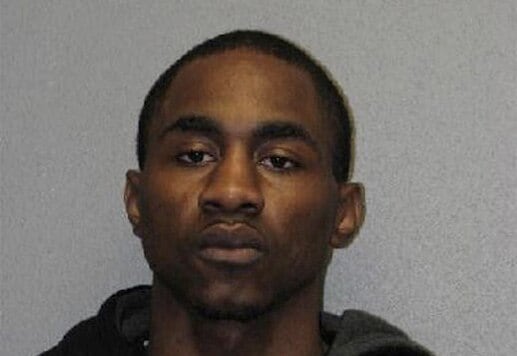 The Bureau of Alcohol, Tobacco, Firearms and Explosives along with the National Shooting Sports Foundation are offering a $10,000 reward for any information that leads to the arrest of John Ross Harold, a wanted felon responsible for stealing dozens of guns and attempted murder.

In the early morning hours on Feb. 27, Harold along with Kevin Parfait stole 25 firearms from Cooks Gun Shop in D’lberville, Mississippi. Just before 2 a.m. on the same morning, D’lberville police engaged in a brief pursuit and both suspects were arrested and transported to an area hospital, but Harold was released, and two months later he shot a Louisiana resident during a home invasion, the ATF said in a news release.

Harold remains at large and now the ATF New Orleans Field Division and the NSSF are hoping the public can help in his apprehension.

“Mr. Harold and his co-conspirator orchestrated a robbery that ended with an innocent citizen being shot,” said Phillip Durham, the special agent in charge of the operation. “Their greed-motivated reckless behavior led to another person being injured. ATF will continue to do all we can to curb violent crime and take those dedicated to violence off the streets.”

On that fateful night, police initiated the stop on Harold and Parfait after they spotted the car in a church parking lot. In the ensuing pursuit, the driver, Parfait, flipped the vehicle and rammed it into a tree. Police were close behind but before they could close in on the suspects, Parfait fled on foot. 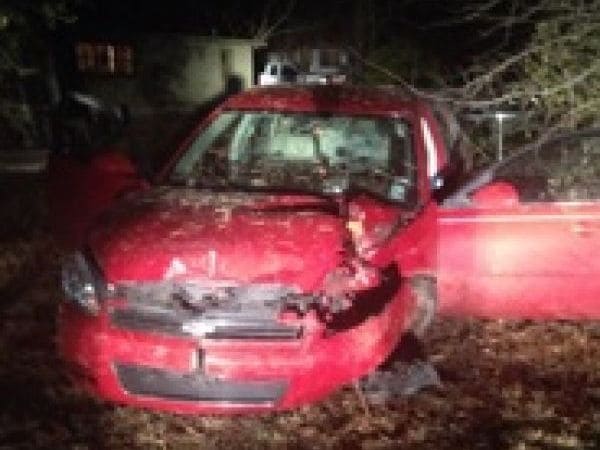 Parfait flipped the getaway vehicle before wrapping it around a tree.

Local media posted a photo of Parfait on TV and hours later, one observant citizen spotted him and called the police. Officers swarmed the area and arrested him. Both men sustained injuries from the crash and were transported to an area hospital, but Harold was discharged before police could secure an arrest warrant, local media reports.

D’lBerville Police Chief Wayne Payne lauded the media, saying, “We got those weapons off the street, which is always scary for everyone. We commend the news media again.”

But while the firearms may have been taken off the streets, Harold was not, and two months later he struck again. Around 3 in the morning on April 2, Harold and a new accomplice, Joseph Hayes, 22, put on masks and broke into a home in Terrebonne Parish, Louisiana. Harold shot the 26-year-old homeowner in the head before burglarizing the residence. Hayes was captured, but again, Harold got away. The victim was hospitalized and listed in critical condition.

Harold is a wanted felon with outstanding warrants for stealing a firearm from a licensed dealer, receiving stolen firearms, felon in possession of firearms, home invasion, and attempted murder.