House bill would expand the definition of antique firearms nationwide 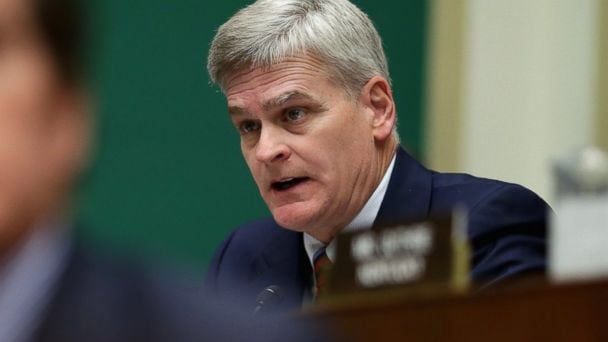 Rep. Bill Cassidy (R-LA), plans to introduce legislation to update the cut off between antique and modern guns from 1898 to 1913. (Photo credit: ABC News)

A bill for submission to the U.S. House of Representatives would change the federal definition of an antique firearm from one made before 1898 to one made in or before 1913.

This move would dramatically increase the number of older curio and relic categorized guns that are available to collectors that could be sold and shipped without a Federal Firearms License.

“Changing the definition of an ‘Antique Firearm’ strengthens the Second Amendment and protects our right as citizens to bear arms,” said Rep. Bill Cassidy (R-LA), the bill’s sponsor, in a statement.

“By fixing a law that should have been updated years ago, Americans can collect and share these items that are an important part of our nation’s history,” he added.

Cassidy’s bill would simply modify the Internal Revenue Code to replace the definition of an antique gun from one made before 1898 to one manufactured in or before 1913, the last year before World War I.

The current Dec. 31, 1898, cut-off date has been in existence since the passage of the Gun Control Act of 1968 and has served as a dividing line between firearms regulated by law and those which are antiques and therefore unregulated.

Antique guns can be bought or sold without a license or federally required background check as they do not fall under the terms of the GCA. In general, guns made after 1898 and before 1968 are considered curio and relic eligible, but are still regulated by the federal government.

Under Cassidy’s proposal, collectors, gun enthusiasts and historians would have an easier time obtaining thousands of early military rifles, e.g. the U.S. Springfield 1903 and German Gew 98 Mausers made before 1914.

While there is currently no opposition to the bill, it could draw flak from critics who can point to cases where criminals have been caught possessing antique and replica firearms. In 2013, for example, a convicted felon was arrested by police for possessing a 1895 vintage handgun. Later on, a federal appeals court ruled that he was not in violation of the law for toting the firearm but was, however, breaking the law for possessing modern ammo.

If Cassidy’s bill were enacted, a generation of guns made between 1899-1914, such as this 1905-dated German Mauser, would be labeled as antiques. (Photo credit: Wikipedia)

The bill has already garnered the support of several gun-rights groups, including the National Rifle Association, Defend Louisiana, and the Louisiana Shooters Association.

“There is a need to update legislation that was originally passed in 1968 that set a fixed date of 1898, when William McKinley was President of the United States, as the defining point for antique firearms,Dan Zelenka, president of the LSA. There is a host of very desirable and collectable firearms that were manufactured after this date.”

The trade association for the firearms and ammunition industry supports the bill but also sees some room for improvement.

“We support the bill but would prefer to have the date roll forward one year every so that antique guns are always 70 years old, as the law was when it was enacted in 1968,” Lawrence Keane, Senior Vice President and General Counsel for the National Shooting Sports Foundation told Guns.com Saturday.

Moves to modify federal gun laws are common but the 1898 “antique” definition has remained unchallenged on Capitol Hill for years.

Cassidy is expected to introduce the bill to the House in coming days.