Sister of teen burglar: 'They didn't have to kill him' (VIDEO)

On Sunday, two teen burglars were shot dead in an attempted robbery at a Sacramento home on the city’s north side, local media reports.

Now, family and friends of one of the two slain teens are speaking out about the incident that left their loved one dead, questioning whether the lethal force used was necessary.

“He didn’t have to die. Too young. They didn’t have to kill him,” said Misty Crider, the sister of 17-year-old Steven Crider, one of the perpetrators, to a local Fox news affiliate.

According to the Sacramento Police Department, Crider and 14-year-old Michael J. Sambrano broke into the home of an elderly widow around midnight on Sunday.

When police arrived on the scene both Crider and Sambrano were found inside the house. Moments later, personnel from the city’s fire department pronounced them dead.

The elderly woman, who was reported to be in her 60s, was there along with a relative, who is reportedly in his 70s. Police did not immediately disclose which one of the two fired the fatal shots but said that neither were injured during the confrontation.

Authorities also said that the evidence suggests that the two occupants acted in self-defense.

“At this point, it appears to be self-defense. They were fearing for their safety,” said Officer Michele Gigante, a spokeswoman for the Sacramento Police Department. “When it comes to use of force, or burglars, or any type of fear for your safety, fear for someone else’s safety, you have the right to defend yourself.”

This was the third time the homeowner’s residence had been burglarized. The first burglary accord on April 20, the second on April 29. Evidently, at least one of the teens was involved in the first break-in.

“The print came back today from one of the suspects that was shot, and it matched the prints taken from the incident that occurred on April 20,” Gigante said.

“They later found that the victim’s purse, her keys and some jewelry were stolen,” she added.

Although police were called and responded to each of the first two break-ins, they were too late and the suspects got away. As a result, the homeowner asked her brother-in-law to stay at the house so that he could help defend her life and property, according to a neighbor. 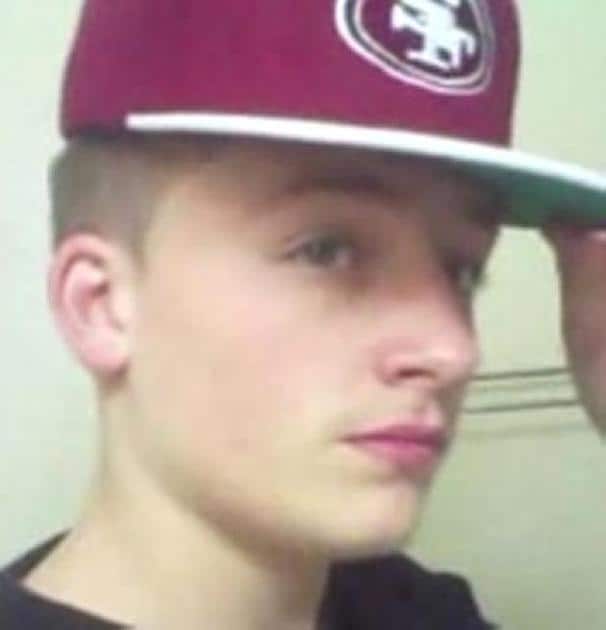 “Being that you’re by yourself and your a widow, of course you’re going to be scared and upset by yourself in a big, old house like this,” said a neighbor who spoke on the condition of anonymity.

Meanwhile, Crider’s girlfriend Ashleigh Davison and her mother Tracy Webb argued that the teen had a rough up bringing, with little or no family support.

“I don’t blame them for doing what they did,” said Webb about the burglary. “It’s not right to break in and to burglarize people’s homes. No, it’s not. But at the same time, a life has been lost. A life has been taken. I’m sure he and a friend, Michael Sambrano, were doing what they thought they needed to do to survive.”