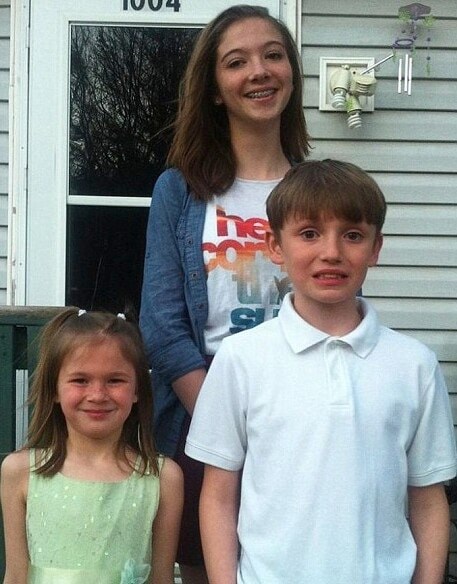 An 11-year-old Pennsylvania boy was fatally shot in the head on Saturday by his Uncle, who was showing off a handgun collection to the victim and his cousin, local media reports.

According to police, Hunter Pedersen was visiting his grandparents home in Delaware Township where his uncle, Chad Olm, lives in the basement.

Pedersen, along with his cousin, Olm’s own son who is also 11, were curious to see the guns inside the man’s safe.

Olm told police that he let the boys hold the firearms and in the case of the .357, even allowed them to pull the trigger. Olm, who claimed he never kept his firearms loaded, was confident the guns were empty.

When it came time to presenting the Glock 27, Olm pointed the laser on the ceiling and the wall.

He then pointed the laser dot at his nephew’s head. It was at this point that one of the boys said, “Look, you have a red dot on your forehead.”

Olm pulled the trigger, firing the fatal shot that struck Pedersen above the eye.

Olm told police that there wasn’t a magazine in the handgun when he showed it to the boys. He also admitted that he did not work the action to check it or clear it to ensure there wasn’t a round in the chamber.

For killing the boy, the 34-year-old was charged with criminal homicide, recklessly endangering another person, and endangering the welfare of a child.

After being arrested, Olm was taken to Pike County Detention Center.

“It’s horribly tragic. The family is devastated,” Blooming Grove State Police station commander Lt. Chris Paris told local media. “It goes to show that the safe handling of firearms is a must. The family has lost something that they can never replace.”

A fund has been set up to help the family with funeral arrangements and expenses.

“Let them mourn and grieve together, and us as their extended family, friends, co-workers, neighbors or just caring strangers, raise the funds for the Pedersen family to lay Hunter into eternal peace in the manner a sweet soul such as his deserves,” wrote Bridgette Murray, a relative of Hunter’s who is managing the fun- raising effort.