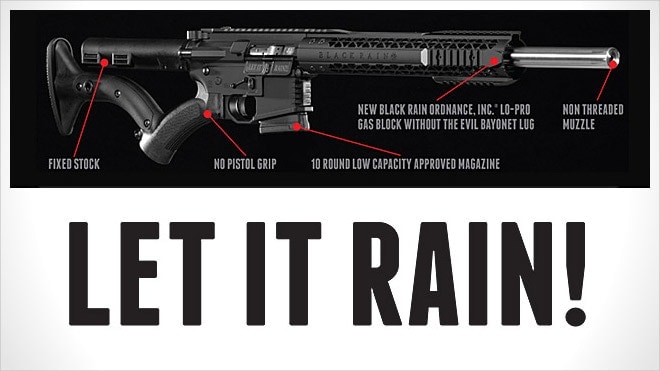 With the passage of recent gun control laws in New York, nearly 20 million people are barred from owning AR-type rifles. Not willing to give up on these people, several companies have decided to engineer solutions to side-step the laws banning traditional black rifles.

Two of those companies are Black Rain Ordnance and the Arms Room. They have developed “featureless” guns that, at least on paper, turn an AR-15 into your granddad’s hunting rifle. They do this with modified stocks and AR-pistol parts.

“We felt our company should do something for those that have run out of options due to political and legislative circumstances that they do not agree with, nor can control,” Black Rain Ordnance said on it Facebook page last month. Black Rain Ordnance announced its intent to develop featureless rifles in early April and now today the company offers 16 different models of featureless rifles, ARs in both 5.56 and 7.62 NATO.

“We realized that our company could not change this legislation, but we could design and fabricate a well-made, compliant rifle so that our New York brothers in arms could lawfully protect themselves. To put it simply, our motivation is availability,” the company added.

Instead of a standard pistol grip, these rifles are fitted with a straight stock. Instead of a standard stock, they use pistol buffer assemblies. Combined with uppers that are minus any of the other “evil” features, such as a threaded barrel or accessory lug, presto, you’ve got N.Y.-compliant rifles, it’s that easy.

Sure, they look a little goofy, but they’re legal to own, and that’s what’s really important. Here’s a run-down of the rifles by Black Rain Ordnance.

The Arms Room has two models available, the TAR-15 Revolution and the TAR-15 Defiance. The Defiance is an entry-level AR with a pretty standard upper receiver fit with A2 hand guards. The Revolution is a step up with its free-floating quad rail and Magpul MBUS flip-up sights. While it does not have a muzzle device, the barrel is ported for enhanced recoil management.

Black Rain Ordnance rifles run upwards of $1,500 and their N.Y.-compliant rifles are no exception. They are premium guns and come with a matching price tag.

The Arms Room’s rifles are a bit more accessible and are priced at $970 and $1,190, depending on the model. They also have some interesting features. In addition to the unique barrel the TAR-15 rifles can accept standard buttstocks in place of the minimalist stock as the pistol grip adapter uses a traditional buffer tube.

While the fight to change gun laws in New York is far from over, shooters don’t have to wait for change before they can lay hands on an AR-type rifle. Some people have criticized these companies for complying with these extreme gun laws, but most people see it as a service to people with no other choice. 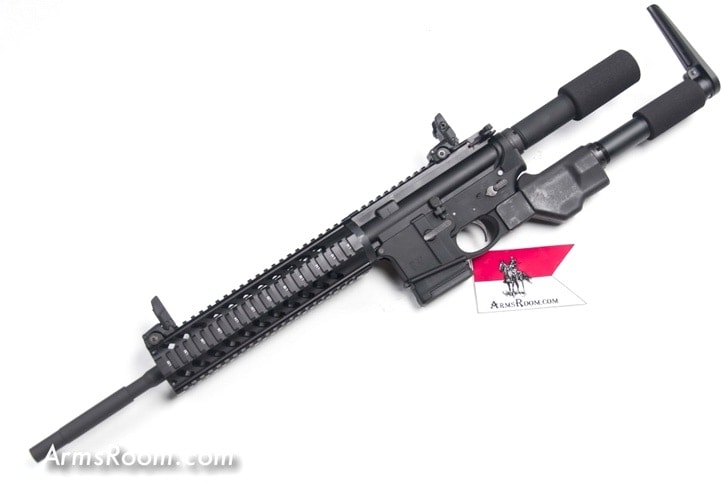 One nice thing about these rifles is that even with the many departures from traditional AR builds, none of them are permanent, and none of them are proprietary. If and when these laws are changed, the guns can be configured any way the user wants.

For more details and specifications, head over to the Black Rain Ordnance and the Arms Room’s websites.