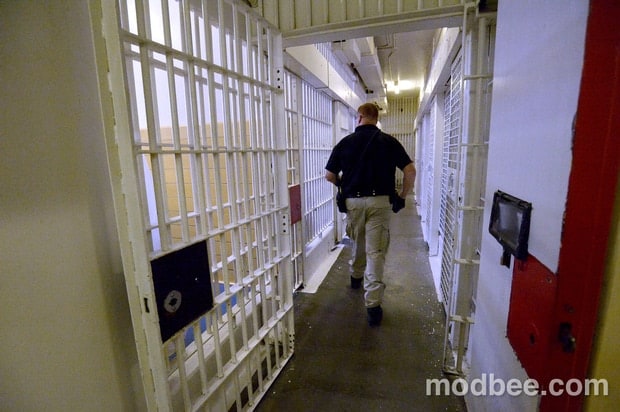 Stanislaus County custodial deputies are suing the county sheriff for the right to carry handguns while off duty without a permit. (Photo credit: Modesto Bee)

Custodial deputies, responsible for jail security, in Stanislaus County California are suing for the right to carry a concealed handgun while off duty without permits.

The lawsuit was filed after the local sheriff began charging this class of deputy for their concealed carry permits.

Prior to 2013, the fees had been waived, however this was halted by Stanislaus County Sheriff Adam Christianson when he learned that it could be potentially viewed as the gifting of public funds, which is illegal.

While some officers employed by the state Department of Corrections and Rehabilitation are exempt from having to obtain a concealed carry permit to have a handgun on their person under current laws, local county and municipal custodial deputies and jailers do not have the same protections. It is up to the individual sheriff or police chief to extend or deny this process to their officers.

“I don’t think they should be treated differently on this issue,” said Marion Cruz, an attorney representing the Stanislaus County Deputy Sheriffs Association, on Monday. “They require the same protection.”

The case, a mandamus writ, was filed to require the county’s sheriff to allow his custodial deputies the same privileges as state corrections officers.

However, Sheriff Christianson states that he is uncomfortable with simply issuing cards to custodial officers as he contends that no other county in the state does so.

“I’m not going to be the ‘pioneer’ until there’s clear and unambiguous language that permits me to do so,” said Christianson.

The subject of concealed carry permits for deputies either patrol or custodial is not covered in the lengthy contract between the agency and the two unions that represent the officers.

To obtain a CCW permit, Stanislaus County requires applicants to complete an application, background check and interview process, as well as pay a $150 fee and obtain a training certificate documenting at least 16-hours. Should an application be denied under the state’s strict ‘may-issue’ laws, there is no means for an appeal.

The department, which has 35 unfilled custodial deputy positions and has been forced to free inmates due to budget issues, requires an extensive background check on applicants that takes at least 40 hours of investigation.

According to information maintained by the Calguns Foundation, the Stanislaus county sheriff’s office issued 78 permits to custodial deputies who paid their fees as well as 2,471 civilians in 2013. This figure is just over 5 licenses per 1,000 adults, whereas the state average is 1.4, indicating that the county is above average when it comes to issuing leniency in California.

The Stanislaus County Superior Court is scheduled to hear the deputies’ case in August.