A Texas man on trial for fatally shooting his unarmed partner during a domestic dispute in 2013 is claiming self-defense, arguing his partner’s hands were “deadly weapons.”

Christopher Shane Wiley took the stand Wednesday and said the shooting took place after an argument in their Tyler home escalated into a physical altercation. Wiley claimed he opened fire as his partner, Rodney Walker, was advancing towards him, reasoning that “his hands are deadly weapons,” KLTV reports.

Prosecutor: “You shot and killed Rodney Walker with that .32 derringer?”

Prosecutor: “And your claim is that he was coming after you with his hands.”

Wiley: “Coming toward me, yes.”

Prosecutor: “Did he have a weapon in his hands?”

Wiley: “I’m not sure. I believe that his hands are deadly weapons.”

Wiley: “Have you seen the pictures? Yes, yes.” 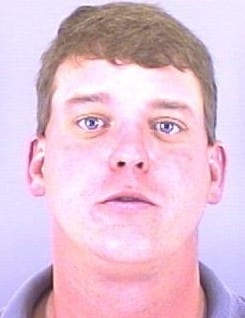 Christopher Wiley fatally shot his partner, but said he fired because he thought his hands were deadly weapons.

The shooting took place on July 1 and when police responded around 3 a.m. they discovered Walker’s body. Some time after the shooting, Wiley tried to commit suicide by overdosing on pills and was treated at an area hospital, according to CBS News.

Wiley claimed Walker repeatedly abused him during their 11-year relationship, and noted one instance where Walker hit him with a cast-iron skillet and a hammer.

Walker was previously arrested for domestic violence in 2011 and multiple deputies testified to having responded to their residence for domestic dispute calls over the years. Wiley’s wife and 17-year-old son also took the stand to validate a history of violence by Walker.

But while Wiley claims self-defense, the distinct blood-spatter behind Walker’s pillow indicates he was shot while lying in bed, prosecutors say.

If convicted, Wiley would likely be sentenced to life in prison.