Michael “Skull Cracker” Wheatley, 55, “escaped” from an open prison Saturday and was apprehended again Wednesday after London police investigated an armed robbery that he may have been connected to.

Skull Cracker, who earned his moniker by pistol-whipping victims during his many armed robberies over the years, walked out of Standford Hill open prison, where he was serving 13 life sentence for armed raids on banks and building societies. He was released on a temporary license, but never returned. On Wednesday, an armed man believed to be Wheatley robbed the Chelsea Building Society in Sunbury before fleeing on foot. Kent police initiated a manhunt and found Wheatley shortly after, Telegraph reports. 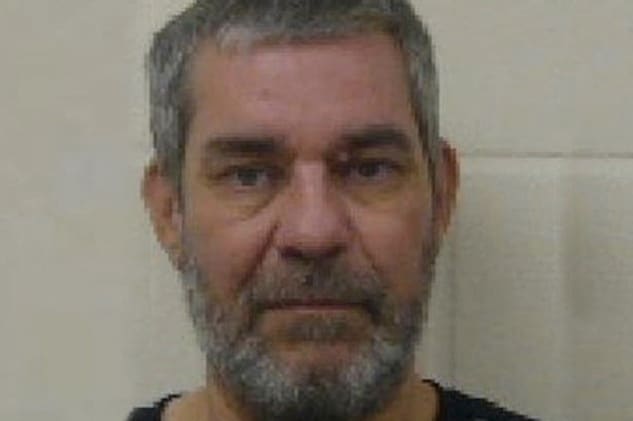 The Skull Cracker “escaped” from prison for the third, and in each instance he staged a series of violent robberies.

Wheatley and an accomplice were armed when they robbed the Chelsea Building Society, the same building society the Skull Cracker targeted in 2001. They threatened staff members and demanded money from the safe before fleeing in a vehicle and leading police on high-speed pursuit. Some 22 miles later, the suspects wrecked their car into a blockade.

Both men were arrested and police recovered a large sum of cash.

Philip Davies, Conservative MP for Shipley in West Yorkshire criticized the decision to allow the Skull Cracker to serve out his sentence in an open prison.

“It is completely ludicrous that a serving life-sentence prisoner is even in an open prison where they can simply walk out,” he said. “As far as I am concerned, whoever allowed him to be in an open prison should be sacked.”

Wheatley was charged with conspiracy to commit armed robbery and being unlawfully at large.