Facebook refused to take down grisly images of Marine’s suicide 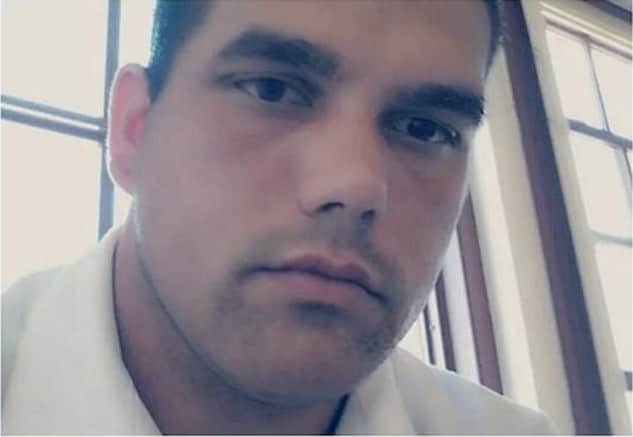 Daniel Rey Wolfe, a U.S. Marine veteran, documented his suicide on Facebook by posting a series of comments and grisly photos Monday night.

As it became increasingly evident he intended to take his own life, fellow comrades tried to step in, but despite their efforts they were too late. In the following days Wolfe’s friends contacted Facebook to have the photos removed, but the organization refused, claiming the content of the images didn’t violate the community standards, Gawker reports.

Beginning Sunday night, Wolfe, who was in the Marine Corps from 2004 to 2008 and served a tour in Iraq, began posting increasingly morose updates. He talked about losing the “fight” with himself and requested to be given a Viking’s funeral. After a series of comments, Wolfe posted four photographs.

The first was of half-consumed alcohol bottles with the caption, “Is it real yet fuckers?” The other three were of severe lacerations and puncture wounds in his left leg and arm, and the caption on the final photo read, “I’m leakinging good now.” 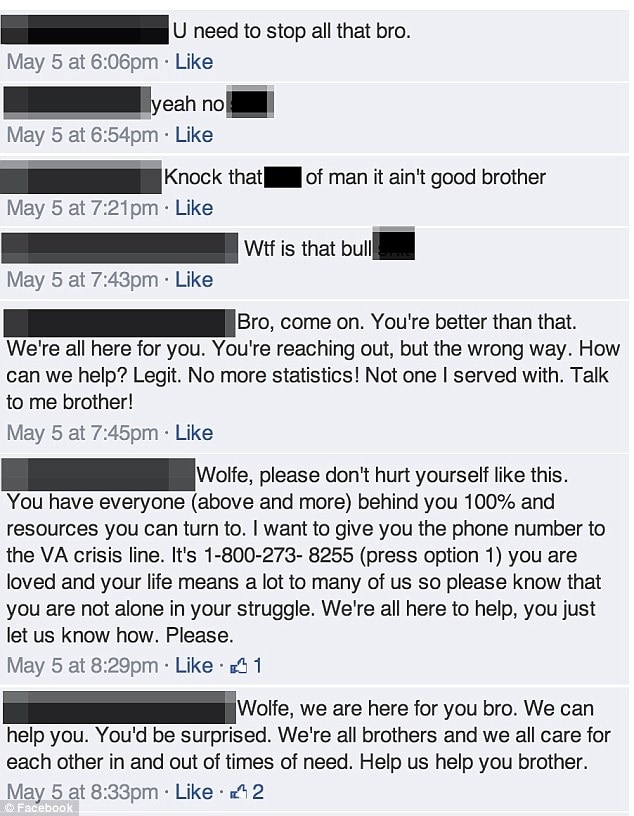 Once it was determined Wolfe had died from his self-inflicted wounds, his brothers-in-arms immediately began reporting the photos that led up to his death and contacting Facebook to have the images removed.

According to Facebook’s community standards:

“Graphic images shared for sadistic effect or to celebrate or glorify violence have no place on our site.”

“We reviewed the photo you reported for containing graphic violence and found it doesn’t violate our community standards,” Facebook responded.

Two days later, after much prodding and media attention, Facebook agreed to “temporarily” suspend Wolfe’s account until his next of kin decides whether to permanently delete it or turn it into a memorial.