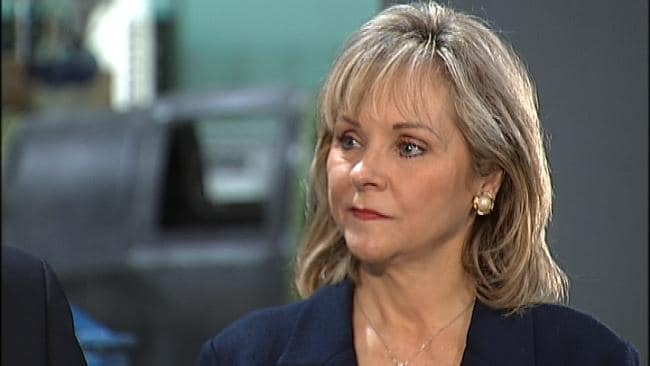 In a unanimous vote Thursday, the Oklahoma state Senate voted to join the House in overriding Gov. Fallin’s 10-day old veto of a gun bill that would make it easier to transfer National Firearm Act (NFA)-regulated items.

The Senate vote, a 39-0 clean sweep of the chamber, came on the heels of last week’s 86-3 House vote. Because of the legislative override, the measure will become law without Fallin’s signature.

“The Legislature has chosen to override one of my vetoes, which is certainly its legal right and an outcome I knew was possible,” said Gov. Mary Fallin in a prepared statement after the move.

“The legislation they passed today makes it easier to sell and transfer restricted firearms and accessories like silencers, which is fine,” Fallin stated.

“Now that they’ve accomplished that, I am asking the House and Senate to work with each other and with me to deliver legislation to fund our state government, improve our economy, and generally do the things their constituents have put them in office to do,” she continued.

Fallin had vetoed the popular gun bill along with 14 others on April 29, calling the collection of pending legislation “minor issues.”

The pending law, HB 2461, requires the local Chief Law Enforcement Officer, or CLEO, to process documents needed by those intending to purchase National Firearms Act-regulated items such as suppressors and short-barreled rifles, within 15-days. This would prevent CLEOs from denying qualified, law-abiding Oklahoma residents the ability to legally possess and own Title II items for arbitrary reasons.

Legislators took the win in stride with Sen. Nathan Dahm (R-Broken Arrow), saying, “The Senate protected law-abiding citizens’ from having their rights to possess and own firearms denied by arbitrary political decisions. If you have the right to lawfully own a firearm, then that right should be absolute.”

Gun rights groups who are trying to remove the stigma associated with NFA items are also pleased with the measure’s success.

“The veto override sends a clear message to Gov. Fallin that flippant dismissals of widely supported pro-gun legislation will not be tolerated,” Knox Williams, President and Executive Director of the American Suppressor Association (ASA), a trade group that specializes in NFA-items, told Guns.com Thursday.

“The Second Amendment is not a ‘minor issue’, and should not be treated as such. Both the House and the Senate did their part to protect the rights of all Oklahomans, and should be applauded for their actions,” said Knox.

This legislation comes within weeks of similar bills designed to reform the CLEO portion of the NFA-application process. In recent weeks, no less than four states have enacted such ‘shall sign’ bills into law.