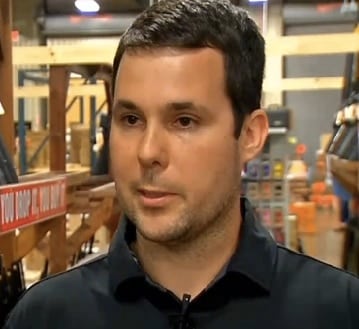 Patrick Hayden, owner of Kentucky Gun Co. says he respects KLM’s decision but that they disagree with it.

Citing its corporate policy, a popular Kentucky magazine has refused to run a gun shop’s advertisement in its pages.

According to the leadership of Kentucky Living Magazine, gun-related ads are no go.

“Kentucky Living has a longstanding advertising policy of not accepting ads promoting the use of alcohol, tobacco, or firearms, as well as not accepting issue/advocacy ads,” said Paul Wesslund, the publication’s vice president in a statement to local affiliate WDRB.

“As a magazine published by Kentucky’s electric cooperatives, with the resulting diverse membership, this policy over the decades has served to help focus content for the broad range of readers,” he continued.

News that Kentucky Living Magazine does not run gun ads was displeasing to Patrick Hayden, the owner of Kentucky Gun Co., a longtime fan of the magazine.

Unfortunately, the magazine did not want to take Hayden’s money to promote his store despite the fact that it’s ostensibly a perfect fit.

“We think a magazine that promotes Kentucky living and runs hunting and fishing stories, and also promotes the Kentucky culture in general, would be open to legal firearms advertisement,” added Hayden.

While it may be too early to tell whether Kentucky Living Magazine’s stance on running gun ads will effect its bottom line, it appears that the publication is already losing a few potential readers.

“I will not support Kentucky Living Magazine,” said one commenter on the gun store’s Facebook page.

Another commenter accused the magazine of having a double standard, claiming to have read articles about alcohol in the magazine.

“Double standard! I’ve read a ton of articles about bourbon in that magazine!” said the commenter.