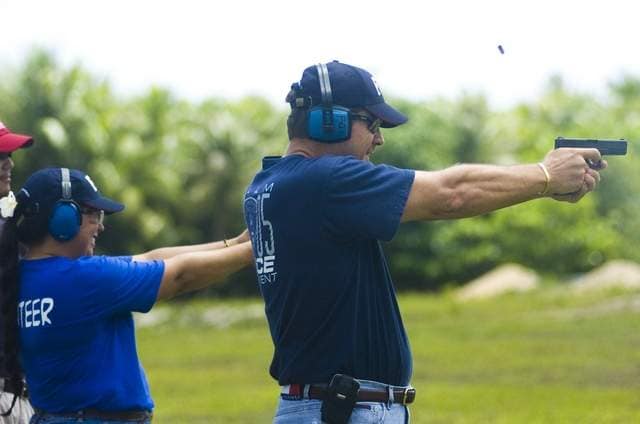 The Guam Senate passed a bill by a 13-2 vote Friday that could soon make the U.S. territory the latest part of the country to move away from may issue guidelines for concealed carry permits.

The bill would require local police to grant qualified candidates who apply a permit to carry a firearm for self-defense. Currently the Guam Police Department only issues permits at the discretion of the chief and commonly denies most, with fewer than 50 issued per year across the territory.

“This allows those who wish to have protection and who are willing to sacrifice for a concealed license to be able to get one,” said Sen. Tony Ada (R), the bill’s sponsor.

The measure, Senate Bill 296-32 , will remove the restrictive ‘extreme cause’ language from the territory’s laws that currently restricts permits from otherwise deserving applicants who cannot show that their life is in immediate danger. The bill will require the Chief of the Guam Police Department to issue permits to any resident applicant who is over 21, can satisfy a background check, and desires a legal means of carrying a firearm for self-defense.

In Friday’s roll call of the bill, the only lawmakers casting “no” votes were Speaker Judith Won Pat (D) and Vice Speaker Benjamin Cruz (D).

The legislation had the extensive support of the Guam Sports Shooting Federation and the Guam Gun Owners Association, whose leader spoke with Guns.com Friday.

“This is a great day for those that support the 2nd Amendment,” said Kenneth Gibbons, president of GGOA. “Like many states that have passed shall issue laws, we expect to see a dramatic decrease in crime over time. It was unfortunate that for many years the ability of the people of Guam to legally carry a firearm concealed was resting on the decision of the chief of police.”

During the debate on SB 296, the bill’s sponsor argued that recent federal court decisions, such as the Peruta case in California and the follow-on Richards and Baker cases, would soon make Guam’s may-issue law obsolete.

Guam, California and Hawaii all fall under the jurisdiction of the U.S. 9th Circuit Court of Appeals.

“The NRA legal team’s efforts in the Peruta case are paying dividends throughout the 9th Circuit and California,” said Chuck Michel, senior partner at Michel and Associates to Guns.com about the Guam legislation. “Generally, it is encouraging to see that more of the last few previously recalcitrant jurisdictions are finally recognizing that the right to self-defense does not end at one’s doorstep.”

However, Michel gave a word of caution, saying, “But we need to keep an eye on how they implement this plan, to make certain that Guam’s citizen’s Second Amendment rights are fully respected.”

Guam’s shall issue legislation is now on the Governor’s desk. He has 10 days to sign it or veto, if no action taken it passes into law automatically.