Alabama votes to allow use of suppressors for hunting (VIDEO) 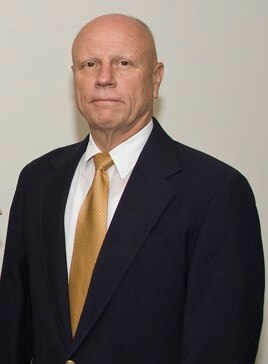 Fred Harders, with the Alabama Department of Conservation (DCNR) believes the use of suppressors while hunting will help curb hearing loss among Alabama hunters. (Photo credit: DCNR)

This approval came after an Alabama Wildlife and Freshwater Fisheries’ (WFF) recommendation in March that the prohibition on suppressed firearms be lifted to allow hunters in the state to use legally possessed suppressors in the field.

A ten-member Natural Resources Advisory Board that assists in formulating policies for the Department of Conservation had no objections to the change in their May 3 meeting.

“When someone is hunting around an urban area, it will allow that to take place without bothering people nearby,” said Fred Harders, the Assistant Director of Wildlife and Freshwater Fisheries for the state Department of Conservation (DCNR). “And it can help with damage to the ear, especially with young people.”

The change, if approved by an administrative review, will modify Alabama’s current hunting regulations to strike the ban on “silenced firearms” for the legal taking of game. This change would allow those who have National Firearms Act (NFA) registered suppressors as well as a valid Alabama DCNR hunting license to both harvest game animals and eradicate non-game pests during open seasons.

The move will make Alabama the 32nd state to approve the use of report-muffling devices for the use of sportsmen.

Some hunters in the state, however, contend that the change in rules to allow suppressors is unsporting.

“I think it’s a complete and utter outrage,” said Matthew Eslick, a life-long hunter from the Lacey’s Spring area. “As a law-abiding hunter, there is no need.”

Eslick contends that the adoption of suppressors will allow poaching, saying, “When you make it easier for people to go against all the other laws that are set in place to help better the deer herds, to help better turkey populations, you’re essentially negating all conservation.”

Nevertheless, Department of Conservation officials do not believe that to be the case.

“When crossbows were talked about, the same thing was said about that,” Harders said. “A poacher typically uses whatever they’ve got. They’re not going to go out and fill out a lot of paperwork.”

Both the National Rifle Association and trade groups for the suppressor industry see the pending change as a safety issue.

“This change marks a major step in the right direction for hunters in the state of Alabama who wish to protect their hearing while hunting game animals,” said Knox Williams, President of the American Suppressor Association (ASA). “The ASA looks forward to continuing to work towards our goal of legalizing suppressor ownership and hunting in all 50 states. We would like to thank Alabama for taking us all one step closer.”

The ASA’s vision may be very close to reality as the movement towards increased acceptance of suppressors is growing. Both Louisiana and Ohio have similar changes to their hunting laws in the works while taking game with suppressors just recently passed into law in Georgia as part of that state’s comprehensive gun reform legislation.

The new Alabama regulation is pending final administrative review before taking effect, but is expected to be in place before the fall hunting season.