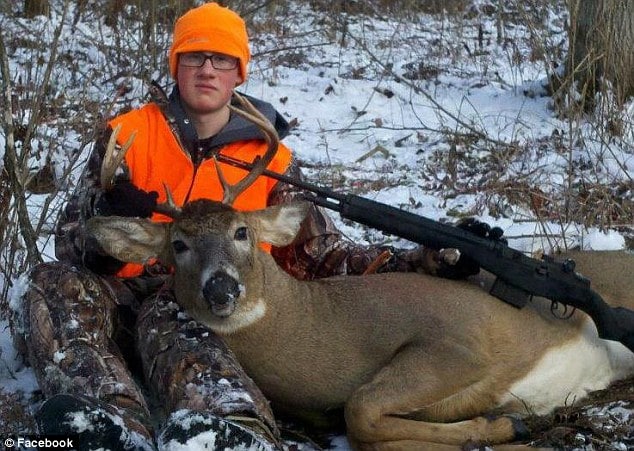 Seventeen-year-old John LaDue of Waseca, Minnesota, is set to appear in court Monday to face 12 felonies in relation to a foiled plot to kill his family and bomb a local school.

According to reports, the teen, who idolized the 1999 Columbine shooters, had amassed a collection of improvised explosives and small arms. LaDue was arrested on April 29 at a storage facility where he had constructed the devices.

“I understand everyone wants to know and try to make sense of it, and it’s real easy if we could … give it a simple answer like ‘he’s a maniac.’ Or ‘his parents just bought him [stuff] and ignored him,’ ” said David LaDue, the youth’s father. “It would really be nice if it was that simple. … I wish it was that simple.”

LaDue is currently charged as a juvenile with four counts of attempted murder, two counts of first-degree damage to property, and six counts of possession of a bomb by someone under 18. If convicted of these crimes as a juvenile, he could be released as early as age 21. Alternatively, should he face these allegations as an adult, the first-degree attempted murder charges alone carry a sentence of up to 18 years in prison.

David LaDue has vowed if his son was charged as an adult, that he would fight the charges. The father maintains that his son is remorseful and understands that the thoughts inside his head are wrong. He is described by those who kn0w him as a “normal kid” that grew up in a loving environment. 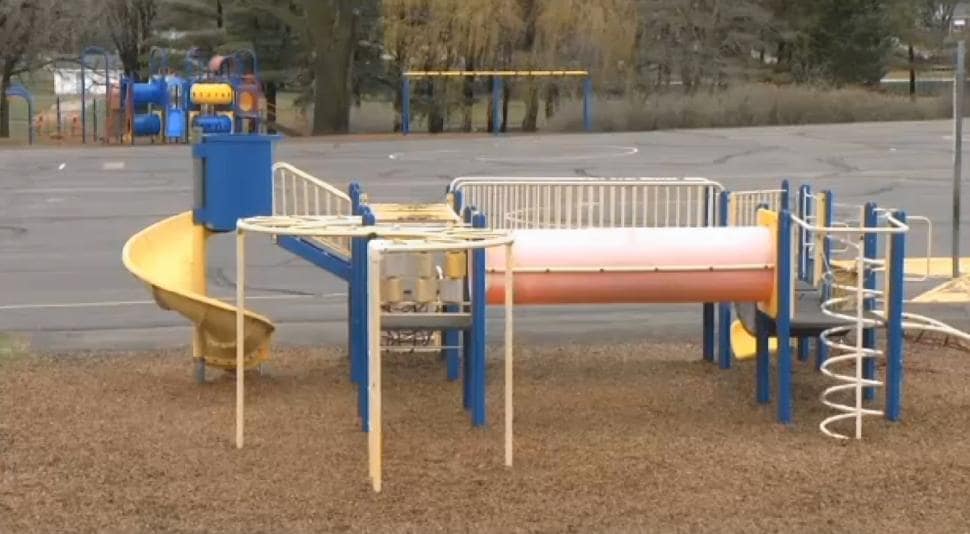 According to reports, LaDue practiced setting off bombs at the Hartley Elementary School playground (shown) in preparation for his plot (Photo credit: KEYC)

John LaDue had reportedly stockpiled an SKS rifle with 400 rounds of ammunition, a 9mm pistol, five other firearms, and a half-dozen improvised explosive devices made from pressure cookers. These devices were to be augmented by 60-pounds of steel ball bearings to act as shrapnel in much of the same way as the bombs used at the 2013 Boston Marathon attack.

In a 180-page diary recovered by police as well as a confession, LaDue allegedly outlined a plan that would include killing his family with a .22 rifle, setting bombs at a local school, killing the school’s resource officer, and then proceeding to shoot as many people as he could until responding law enforcement ended his life.

The teen was arrested at the storage unit after a tip from a citizen noticed him hanging around the facility at night acting suspiciously.

“He shut the door and I thought it looked funny,” said Chelsie Schellhas, who made the call to authorities. “It doesn’t take 10 minutes to open a storage shed. So that’s why I called it in.”

Officers recovered three bombs at the site and others hidden in the snow of a local elementary school’s playground.

LaDue is currently housed in a juvenile detention facility.