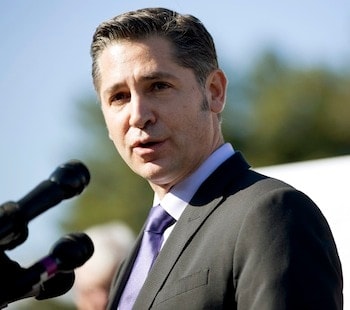 Back in March, following pressure from Everytown for Gun Safety, Facebook announced that it would make several changes to its policies regarding firearms that would work toward keeping guns out of the hands of those prohibited from possessing them: minors, felons, mental defectives, domestic abusers.

When examining the policy changes, it became clear that there wasn’t a real overhaul to how Facebook users utilized the social media platform to discuss, buy, sell and trade firearms. In other words, there was no ban put in place blocking users from using forums to meet prospective buyers and sellers.

Instead, Facebook enhanced its community-sourced policing, stepped up education and public outreach on the issue and ensured that rather obvious boiler-plate disclosures and acknowledgments, e.g. “Sellers and buyers must comply with all local laws,” were made visible on relevant pages.

For the many gun owners who frequent Facebook, it appears that it’s business as usual, which has at least one gun-control advocates up in arms.

“I think their policy is a very dangerous one, because it allows dangerous people to continue to get their hands on weapons far too easily,” Dan Gross, the president of the Brady Campaign to Prevent Gun Violence in an interview with NPR.

From Gross’s perspective, the self-policing aspect of Facebook is “intensely disappointing.” See, Gross believes that all firearms transfers between private buyers and sellers need to be subjected to an FFL-facilitated background check.

“As we and thousands of others have told Facebook, unlicensed gun sales have no place on the social network,” Gross said back in March. “Facebook should prohibit all posts that advertise the unlicensed sale or transfer of firearms in the United State.”

“Sadly, it’s only a matter of time before a gun purchased through Facebook without a background check is used in a terrible tragedy,” concluded Gross.

However, there’s an irony here that can’t be overlooked. That is, even if background checks were mandated on all firearms sales, it would still be up to the community to police itself. Lawful individuals will continue to follow the law while lawbreakers will continue to ignore the law — which is exactly the way it works right now.

A mandatory background check law or even a Facebook policy mandating FFL-facilitated background checks on all transfers made via their platform would not stop criminals from using the Internet gun market to their advantage.

Right now there are criminals using Facebook and hundreds of other social media platforms and websites to buy and sell firearms. Given this reality, what’s the best way to stop them?

Well, to the chagrin of Gross, it’s not another policy change or law, rather it’s doing exactly what Facebook did, that is empowering the law-abiding community of gun owners so that they can be more vigilant and scrupulous when conducting transactions.

Consider, for example, the way one Facebook community organizer Earl Loewen runs his gun clubs on the platform. He told NPR that his staff looks over ever post before they publish them on their page, taking great care to make sure the folks he deals with are not up to no good.

“I’ve had, like, maybe five or six posts in the whole time I’ve ever done this, that put up a red flag that somebody was looking for an illegal gun, or didn’t want to meet at a police station, or something of those natures,” he says. “Those people, I’ve even not only banned them from the page, but I’ve also reported them to authorities.”

This is exactly the way it should work, one can argue. It’s no surprise then that even other gun-control advocates have embraced the policy changes.

“For us, we are founded by two people who believe strongly in the Second Amendment, who are gun owners themselves, and who understand that especially in rural places of America — potentially like Idaho — there’s a legitimate use for a social network like Facebook to buy and sell all sorts of things, and that includes firearms,” said Pia Carusone, the spokesman for Americans for Responsible Solutions.