The Rains County deputy who was fired after shooting a victim’s dog last month now faces an animal cruelty charge.

While responding to a burglary call on April 18, Deputy Jarred Dooley, 32, shot “Candy,” a 2-year-old blue heeler. Candy was injured, but not dead. The dog’s owner, Cole Middleton, begged the deputy to put the animal out of its misery. When Dooley refused, the owner drowned Candy. Dooley was terminated from his position at the Rains County Sheriff’s Office, and now has been indicted on a felony animal cruelty charge, WFAA reports. 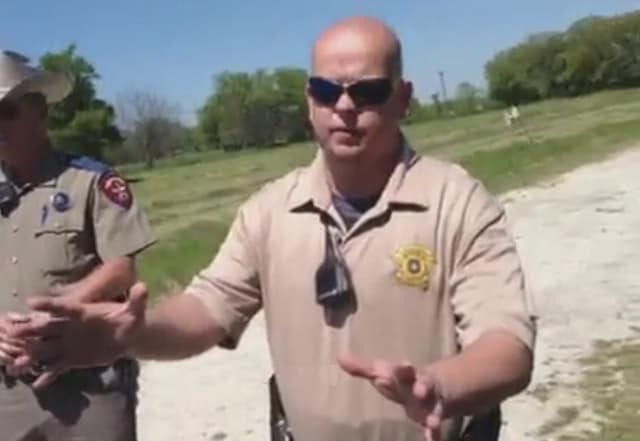 Former Deputy Dooley shot Candy after she jumped out of a bed of a truck and approached him.

Guns.com previously reported that Dooley was fired within days of the incident, and his indictment came only two short weeks later. His attorney, Pete Schulte, feels the shooting was justifiable and in self-defense.

“Law enforcement officials, firemen, paramedics, when they defend themselves, they don’t need to be subject to prosecution,” Schulte said.

Schulte says based on the fact Dooley was acting in an officious capacity when he shot Candy, it’s legally impossible for him to be charged with a crime, and adds the DA reacted too quickly.

“This is clearly a political knee-jerk reaction by the DA in Rains County and there’s no chance that this case will stand up in court,” said Schulte. “It’s a legal impossibility because he was acting within the scope of his employment as a public servant. We look forward to our day in court.”

After learning that Dooley had been indicted with animal cruelly charges, Middleton said he just wanted the deputy to be treated like anyone else would.

“I just want justice to prevail, whatever that may be. Just as it would if anyone else had done this,” Middleton said.

Middleton said Candy was shot in the back of the head and the bullet exited through her eye. The dog was severely injured and in order to keep it from suffering, Middleton drowned her in a bucket of water. 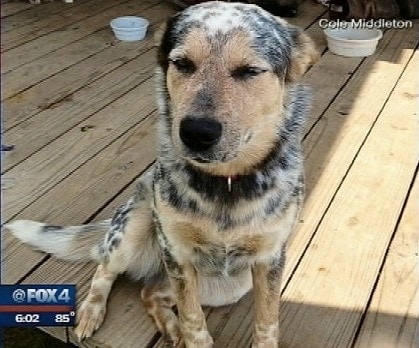 Candy was shot in the back of the head and the bullet exited through her eye. To spare her pain, her owner drowned her.

“I did the unimaginable,” Middleton said, “but it had to be done so she could go home.”

Dooley expressed his remorse for shooting Candy and said he thinks about the incident constantly.

“I hear her yelp every night before I go to bed,” Dooley said. “There’s probably not a minute that goes by that I don’t think about it. I’d give anything to walk up to him, hug his neck, try to make his pain go away. I know I’ll never get that chance.”

While Dooley has apologized, not everyone has been quick to forgive him. He added that he and his family get pointed at wherever they go, and are even receiving death threats.

If convicted, Dooley faces up to two years in prison.