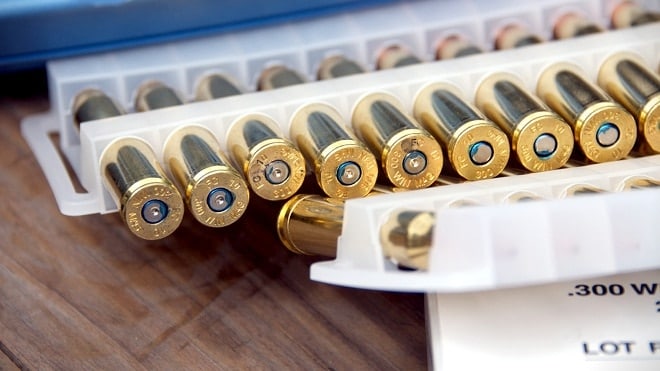 The hollow point ammo is far more effective than 5.56 and 7.62 NATO, which is used by designated marksmen, particularly at longer ranges. This ammo, when used with the Army’s sniper rifles, remains supersonic out to extreme ranges, as far as 1,400 yards, well over three-quarters of a mile and have an effective range well beyond that. 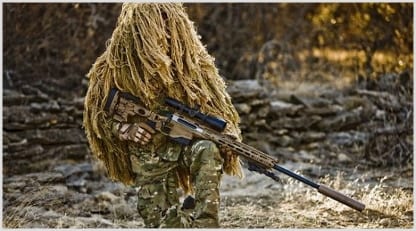 The XM2010 sniper system is an updated M24 rifle that builds on the existing platform with added features that brings the long-action Remington 700 into the modern world of long-distance shooting including a modular rail system and a fully-adjustable folding stock.

The rifles were brought into service in 2011 and put into the field in Afghanistan where the Army needed snipers to engage with targets at longer distances than before. The 300 Win. Mag. cartridge has about a 50 percent greater effective range than 7.62 NATO.

This year marks the first of the five-year contract and has five 12-month ordering periods with a total value estimated at about $20 million.

“ATK is committed to providing advanced, affordable and mission-critical solutions to our nation’s warfighters,” said ATK’s Sporting Group President Jay Tibbets in a press release. “We are proud the U.S. Army has selected our 300 Win Mag ammunition. These products are highly engineered and manufactured with stringent quality assurance processes to ensure optimum performance.”

The ammo will be produced at ATK’s Federal Premium ammo plant in Anoka, Minnesota.

ATK has made headlines recently after the company announced a split. The company is separating into two different corporations, ATK, which is hanging on to the original name and will focus on the company’s sporting and small arms assets and Orbital ATK, which is merging with the Orbital Sciences Corp. to focus on their aerospace and defense assets.

The division will allow the two companies to develop specialized leadership that is better suited to each company’s strengths.

This contract with the Army is a solid win for ATK and Federal. It shows that the company is a leader in ammunition manufacturing, delivering solid performance at prices even the Army loves.