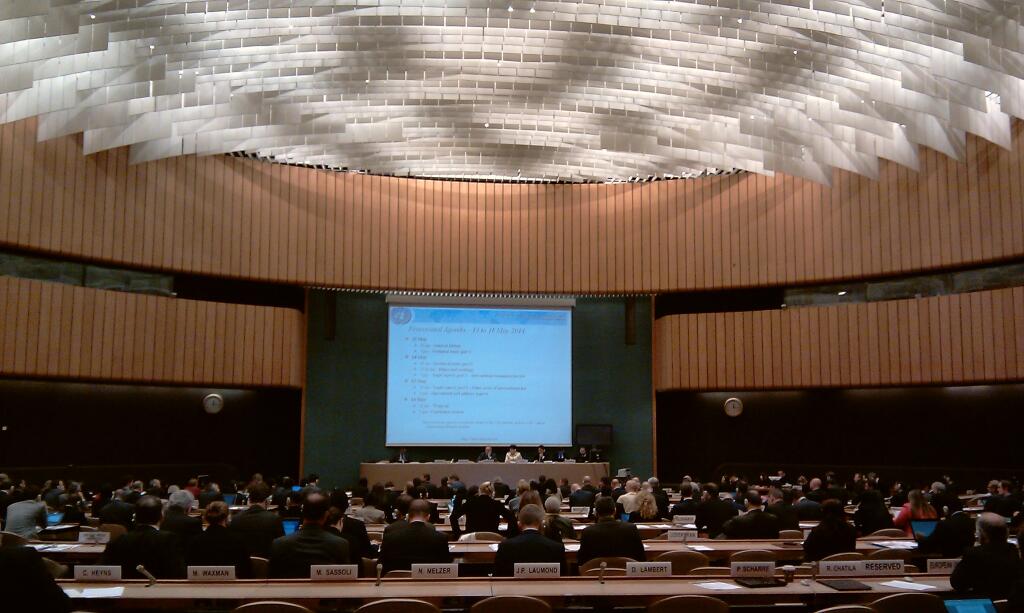 The United Nations began a four-day conference Tuesday in which attendees are discussing adding lethal autonomous weapons systems to the body’s list of inhumane weapons.

Scientific experts from France, the United States, Japan, and other countries are set to debate the future of armed platforms that act without direct human control.

“I urge delegates to take bold action,” implored Michael Moeller, head of the U.N.’s Conference on Disarmament at Tuesday’s opening in Geneva.

“All too often international law only responds to atrocities and suffering once it has happened. You have the opportunity to take pre-emptive action and ensure that the ultimate decision to end life remains firmly under human control,” he said.

At stake is a possible international condemnation on lethal autonomous weapons systems (LAWS). These systems could be added to the U.N.’s Convention on Certain Conventional Weapons (CCW), which bans military technology deemed excessively inhumane. 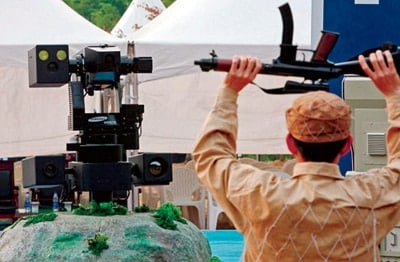 The Samsung SGR-A1, shown left in a demonstration, is currently installed in both South Korea and Israel and is capable of autonomous action. (Photo credit: Robothub)

Although Terminator-style ‘killer robots’ are not currently in the arsenals of the world, there are a number of LAWS systems fielded. These include the static Samsung SGR-A1 ‘sentry bots’ installed along the Demilitarized Zone between North and South Korea as well as stretches of Israel’s border.

These stationary systems can be armed with either a 5.56mm light machine gun or 40mm low-power grenade launcher and are normally under human control but can be programmed to make autonomous decisions if unmanned.

In addition to North Korea and Israel, the U.S. Navy has relied on an early-generation LAWS system, the Raytheon Phalanx Close-In Weapon System (CIWS), for many years now. A self-contained package, Phalanx is installed on hundreds of ships in 24 allied fleets to provide last-ditch protection against incoming aircraft, surface targets, and missiles by engaging them with its 20mm Gatling gun.

Although usually manned, a data sheet maintained by the Navy states that, “Phalanx is the only deployed close-in weapon system capable of autonomously performing its own search, detect, evaluation, track, engage and kill assessment functions.”

In 1996 a Phalanx system, then installed on a Japanese destroyer, locked on to and shot down a U.S. Navy A-6 Intruder in what was termed by the Department of Defense a training accident. In that instance, investigators found that it was in fact human error that allowed the Phalanx to engage the Navy aircraft.

Among those attending the U.N. conference this week will be members of the Campaign to Stop Killer Robots, a group voicing concern that autonomous weapons systems cannot be guaranteed to predictably comply with international law and therefore stressing that the weapons must remain under human control. 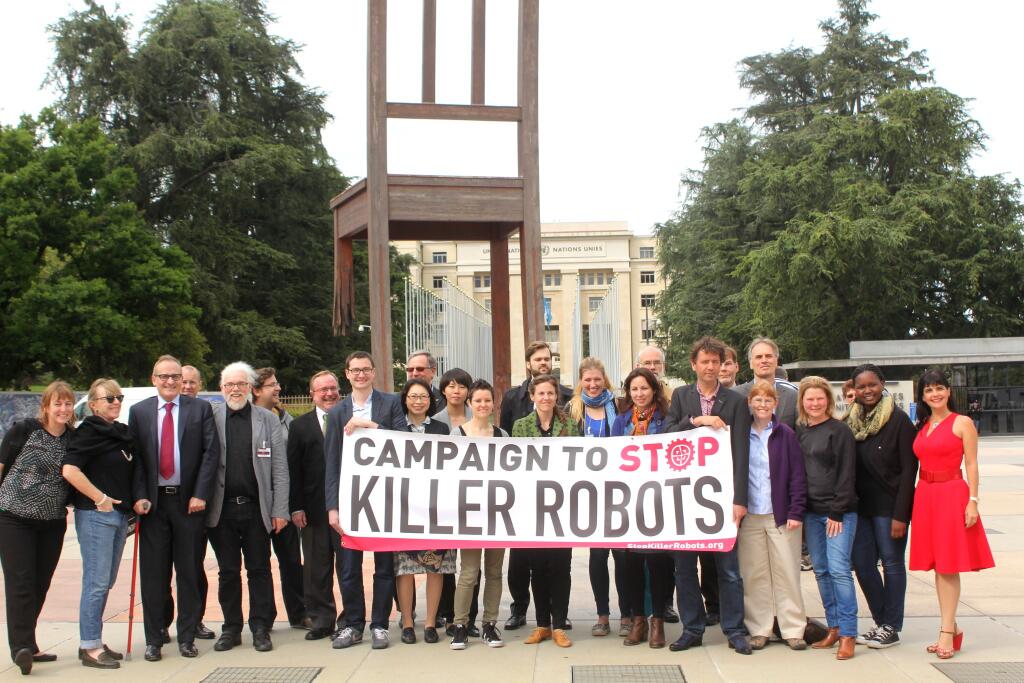 Attendees to the meeting include the Campaign to Stop Killer Robots group. (Photo credit: CSKR)

“Killer robots would threaten the most fundamental of rights and principles in international law,” warned Steve Goose, with the campaign, an outgrowth of Human Rights Watch.

“We don’t see how these inanimate machines could understand or respect the value of life, yet they would have the power to determine when to take it away,” he told reporters on the eve of the talks.

A group of prominent Nobel Peace Prize laureates, including Archbishop Desmond Tutu of South Africa and former Polish president Lech Walesa, jointly issued a letter this week calling for a ban on these sorts of weapons: “It is unconscionable that human beings are expanding research and development of lethal machines that would be able to kill people without human intervention,” the statement read.

The argument advanced by some meeting attendees is not that the burgeoning technology of robotic autonomy itself should be stunted, only that it be controlled.

“I have a robot vacuum cleaner at home, it’s fully autonomous, and I do not want it stopped,” said Noel Sharkey, emeritus professor of robotics and artificial intelligence at Britain’s University of Sheffield.

“There is just one thing that we don’t want, and that’s what we call the kill function,” he added.

You can follow the group’s regular meeting updates the rest of this week on their twitter feed.