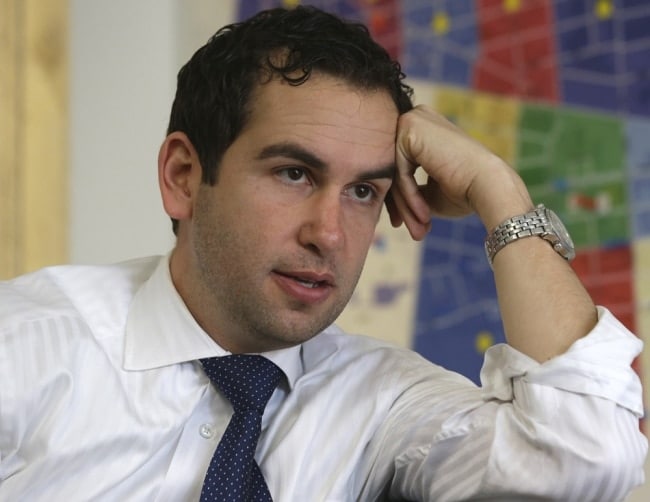 The first municipality to do so, Jersey City is requiring gun companies that supply the local police department with firearms to provide detailed information on how they conduct business.

These questions include whether the company sells so-called “assault rifles” to the public and if it recycles police trade-in firearms.

Firearm companies that do not comply with the city’s process are not allowed to submit bids to supply the Jersey City Police Department with an estimated $500,000 worth of rifles, handguns and ammunition.

“It shows municipalities and police departments have the ability to shape the dialogue,” Steve Fulop, the Democratic mayor of Jersey City, told the Wall Street Journal about the new tactic.

Fulop is no stranger to controversy on the subject of guns. He recently promised to appeal a lawsuit won by gun-rights advocates over the city’s overly restrictive firearm permitting process, voicing pride that the city had the strictest rules in the state.

The mayor devised the bid questions in December 2013 to gather information on corporate responsibility and combine it with product pricing to award a winning bid. Among the questions originally asked of bidders were if the manufacturer would commit to prevent their weapons from appearing in video games. Another inquired if the company funded research related to gun violence.

Following the news of Jersey City’s initiative, 14 Florida cities banded together to pursue the possibility of pursing similar questionnaires as well. This effort, publicized by the group Arms with Ethics, would establish a list of best practices for gun makers and back it up by only making purchases from vendors who agreed to follow them. According to the group, each year the nation’s cities and counties spend $1.7 billion on guns annually.

The problem is that Jersey City’s original list of questions brought no bids, which led to striking those inquiries that asked about video games and gun violence research. Then, in January 2014, two regional wholesalers, Atlantic Tactical and Lawmen Supply, compiled and submitted bids following the new guidelines.

“This is definitely a different type of questioning,” said Chris Ferrari, president of Lawmen, who voiced that he may not consider future bids with the municipality if Jersey City sought to restrict how he conducted business.

Moreover, it would seem that the firearms industry is with Ferrari.

“The questions being asked display a profound ignorance of firearms public policy issues and what members of our industry do to cooperate with law enforcement,” said Lawrence G. Keane, Senior Vice President, and General Counsel of the National Shooting Sports Foundation (NSSF) to Guns.com Wednesday.

Voicing the NSSF’s position, he elaborated, saying, “We think it is wrong to politicize the purchasing of law enforcement equipment. Police departments should be able to purchase the equipment that meets the needs of their officers. Law enforcement officer safety should not be sacrificed to advance the political careers of anti-gun mayors.”

Keane also noted that the potential use of a city’s buying power as leverage to influence the gun industry is not wholly new.

“This is not the first time we have seen cities attempt to politicize the purchasing of law enforcement equipment as a means to try and advance a gun control agenda,” advised Keane.

In 2000, the NSSF, along with Glock, SIG, Ruger, and other firearms manufacturers filed a lawsuit in U.S. District Court against then-H.U.D. Secretary Andrew Cuomo, as well as then-New York State Attorney General Eliot Spitzer, and more than a dozen mayors for allegedly violating antitrust law by conspiring not to do business with any firearms manufacturer who did not sign a so-called “code of conduct.”

This suit ended when all of the named defendants then disavowed the boycott.

To the question of challenging policies such as Jersey City’s, Keane was candid, saying, “We remain prepared to take legal action if necessary to stop a new illegal antitrust conspiracy.”

Steve Fulop sits down with Al Jazeera in December 2013 to discuss his new approach to dealing with firearm suppliers: