The marquee of a Texas gun store reads: “I like my guns like Obama likes his voters undocumented.” 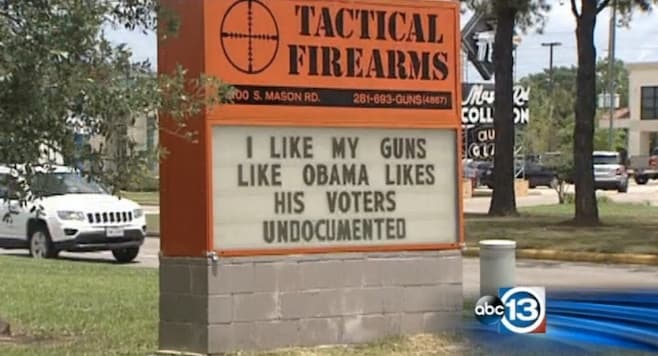 The store owner said the sign was meant to be a joke, and was a nod to the fact that Texas doesn’t require firearms registration.

“Thank God for our First and Second Amendment rights. It’s meant as a joke. It’s meant to be funny,” he said.

Tactical Firearms changes the message on the marquee weekly and Alcede says most of the slogans come from the staff. And this week’s message was a nod to the fact that Texas doesn’t require firearm registration.

The sign has gained some national traction, but this isn’t the first time Tactical Firearms has found itself in the media spotlight.