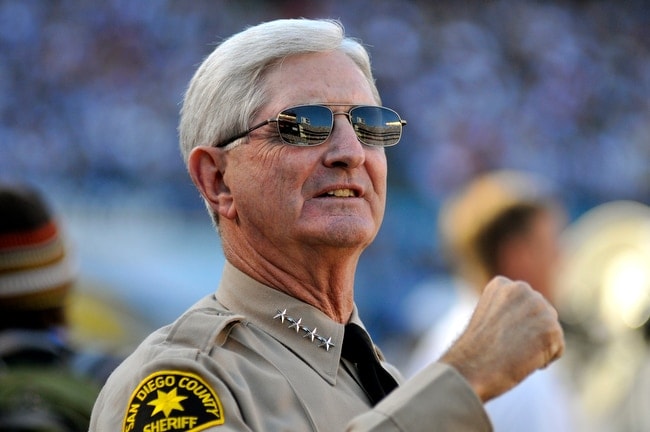 This will place Gore on the sidelines of the case that he was originally named as the defendant to in his official capacity as San Diego County Sheriff.

He maintains that the case, in which a three-judge panel found in February that his department’s strict ‘may-issue’ policies on concealed carry permits were unconstitutional, effects the entire state, not just his county, and therefore Harris should now be allowed to enter to defend the ‘may-issue’ standard.

“Appellee believes that the Attorney General is the appropriate intervenor in this case because the panel opinion finds California’s legislative scheme regarding the carrying of handguns unconstitutional,” wrote Thomas E. Montgomery, the County Counsel on behalf of Sheriff Gore Wednesday in a requested response letter from the court on the matter.

Further, Gore maintains that the case still needs further review because he has not changed his policies or procedures in regards to issuing permits.

While he is accepting applications, he states that, “All current applications that do not meet the existing policy are being held without action, pending final direction from the Court or the Legislature.”

According to the County’s website, one may apply for a CCW permit only if one satisfies one (or more) of the following criteria:  (1) Protected law enforcement, (2) Personal protection with documented threats, (3) Security, and (4) Business.  Notably absent from those qualifiers is self-defense, as in a citizen’s right to protect himself/herself outside the home.

This is despite the fact that sheriffs in counties unaffected by the lawsuit are changing their guidelines to conform to the 9th Circuit’s decision, which has prompted a surge in CCW applications.

For example, Orange County has received more than 4,700 applications in the past three months and has had to hire more deputies to whittle down the caseload.

Two weeks after the court’s decision was released, Attorney General Harris announced that she was seeking to intervene in the case. Harris was soon joined by gun-control groups such as the Brady Center to Prevent Gun Violence and others wishing to have the case, which stood to form the basis for having the state’s restrictive ‘may-issue’ policy towards concealed carry overturned, reviewed.

The Peruta legal team, helmed by Chuck Michel, has for the past several months argued that Gore had acted as an agent of the state,which therefore precludes the Attorney General from intervening. They have also petitioned the court to have the Brady Campaign’s motions of support for review denied citing that the group does not have sufficient standing to intervene.

“The positions taken by the Sheriff are not surprising,” Chuck Michel, Senior Partner at Michel & Associates and Counsel for the NRA told Guns.com Thursday.

Michel elaborated, stating, “There was a clear consensus that since the Sheriff is not issuing permits under the Peruta standard, that the Peruta case is not moot.”

However, Peruta is already becoming increasingly accepted, with (unpublished) decisions in Yolo County as well as in Hawaii based upon the case as a precedent. Last week Guam’s legislature, which has long been strictly may-issue, passed legislation to change the territory to ‘shall-issue’ while citing Peruta as writing on the wall.

A decision on whether or not the 9th Circuit will reject or deny en banc review in the case, which could trigger a possible appeal to the Supreme Court, is expected in coming weeks.

Meanwhile the applications in San Diego County will likely continue to pile up.