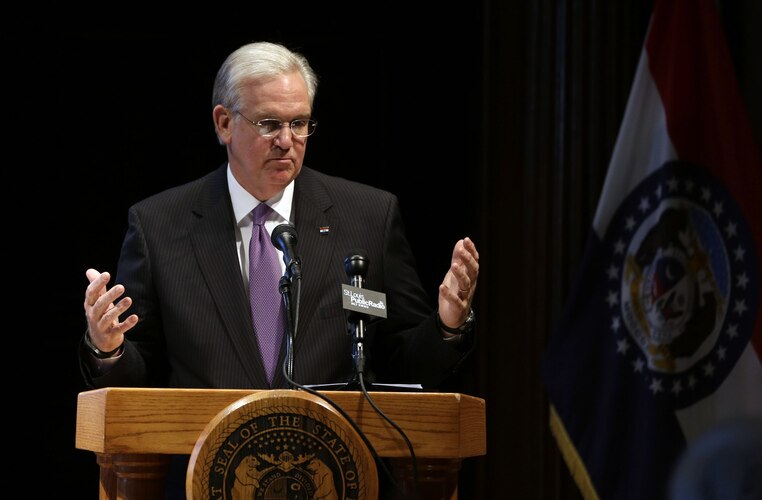 On the last day of the legislative session, Missouri’s Senate passed a bill that would allow for armed teachers while one to nullify federal gun laws in the state was filibustered to prevent a vote.

The successful bill, if enacted into law, would allow vetted and trained teachers and school administrators to carry firearms on campus. It would also lower the age limit for concealed carry permits in the state from 21 to 19, provide for limited open carry, and ease training requirements.

The measure was approved by the state Senate in a 111-28 vote and now proceeds to the governor’s desk.

“These are some important changes to our gun laws here in Missouri that will strengthen and expand the rights of law-abiding, responsible Missourians,” said Rep. Kevin Elmer, (R-Nixa.)

“These are common sense changes that will make the process to obtain a permit less burdensome and more efficient, and that will open the door for more responsible young adults to obtain their permits,” explained Elmer.

The bill, SB656, will allow school districts to cross-train faculty to become “School Protection Officers.” These volunteer teachers and administrators would have to have a valid Missouri concealed-carry permit and complete a Peace Officer Standards and Training (POST) Commission certification course. Following these steps, they would be allowed to carry on school grounds if the district opted to allow armed personnel on campus.

In addition to the armed teacher provision, SB656 would drop the age restrictions for permit holders to 19, allow legal open carry for those with permits, and restructure the current test for firearms manipulation. Currently, applicants must demonstrate how to properly load and fire both a semi-automatic handgun as well as a revolver. The bill would require this be modified to just a single type of gun.

Despite the last minute passage of SB656, another gun rights bill was defeated by a procedural maneuver.

That controversial measure, designed to both nullify federal gun laws and prohibit state jobs for some former federal employees, had been returned to the Senate by the state House with just thirty minutes left in the session for a final vote. There, Senate Dems seized the opportunity to conduct a filibuster to prevent that vote, which effectively killed the bill.

“We are pro-gun,” said Sen. Paul LeVota, (D-Independence), on the nullification bill. “But this goes too far.”

Gun-control groups, notably the Missouri branch of Moms Demand Action, are celebrating victory in the defeat of the nullification bill but are still avowing to carry on their struggle over SB656. In a statement on their Facebook page, the group is calling for a veto of the bill, maintaining that it would, “allow teachers to carry concealed guns in schools and prohibit parents from knowing about that.”

The subject of arming educators has become a hot-button item in recent years following such tragic incidents as the 2012 Sandy Hook Elementary shooting in Newtown, Connecticut. Though despite the debate, a 2013 poll of some 15,000 law enforcement officers found that 76 percent would support increased arming of teachers and school administrators who were vetted, trained, and qualified.

In regards to the Missouri bill’s chance with Gov. Jay Nixon (D), he had vetoed a nullification bill last year that included similar armed teacher language.  Further, in a statement Friday, Nixon expressed reservations on the current legislation, but has stated he would review the bill.

“School safety is important,” said Nixon. “I never believe guns in classrooms are a way to keep security and class order.”