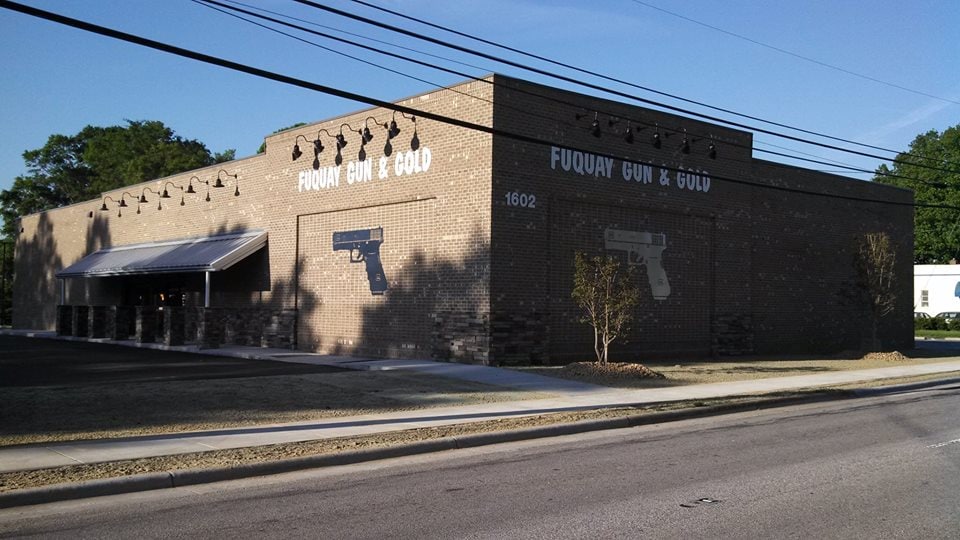 Fuquay Gun and Gold’s signage that includes a pair of over sized Glocks has drawn threats of picketing. (Photo credit: Facebook)

When Clay Ausley decided to move his gun store from one part of town to the other, he soon found himself the subject of unwanted attention over the sign he put on the building.

The signage, depicting two enlarged Glock handguns, graces the front and side of Fuquay Gun and Gold’s new location off Highway 401 in Fuquay Varina, North Carolina. The store is set to open in June but some residents have already decided they are not a fan of the images.

One, who found the signs especially distasteful, is Nicole Sickles, 44. She began trying to organize a picket line and social media campaign against the store earlier this month.

“It’s not about gun rights,” said Sickles’ daughter Caitlynn, 17, to the News Observer. “We all know it’s a gun store. You don’t need this obnoxious sign.”

Sickles maintains that the signs are inappropriate since the gun store is located near a daycare center.

Ausley feels that he is well within his rights and hasn’t crossed a line. In fact, the store’s current Fuquay Varina location, on South Main Street, has had similar signage for a decade and meets all city ordinances and codes. 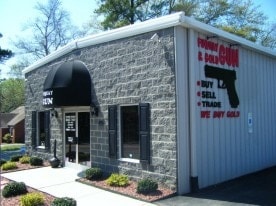 The store’s old location, in the same town, has included similar signage for a decade. (Photo credit: Fuquay Gun and Gold)

“The lady is highly upset that she and her children have to see our signs every day,” wrote Ausley on the store’s Facebook page.

“I have no problem with free speech and her wanting to get an army together to rise up against the signs, but aren’t my signs a form of freedom of speech?” Ausley said.

This is not the first time that a gun store has received criticism over its choice of sign. Earlier this year California-based Ares Armor found themselves under attack from the city based on the size and location of a rooftop sign.

Although neither Fuquay Gun and Gold location has been picketed as of yet, Ausley is calling for calm should demonstrations arise.

“I do ask that if the pickets begin I would like for all of you to be on your best behavior and treat them with respect because that is the right they have, no matter how silly it may seem to us,” he wrote.

Gun industry representatives urge caution in these type of affairs.

“We would all be better served if both sides of this emotional debate sought to elevate the discourse. We can disagree without being disagreeable,” Lawrence Keane, Senior Vice President, Assistant Secretary and General Counsel of the National Shooting Sports Foundation told Guns.com on the issue.  “Attack the argument, not the person.”

Ausley’s signage was brought up at the Fuquay Varina Board meeting on May 5 and several of the store’s supporters were in attendance. Sickles, however, was not. Meanwhile Ausley has been offered free legal support if needed.

Currently Ausley considers the matter closed and the Highway 401 location is set to open next month.