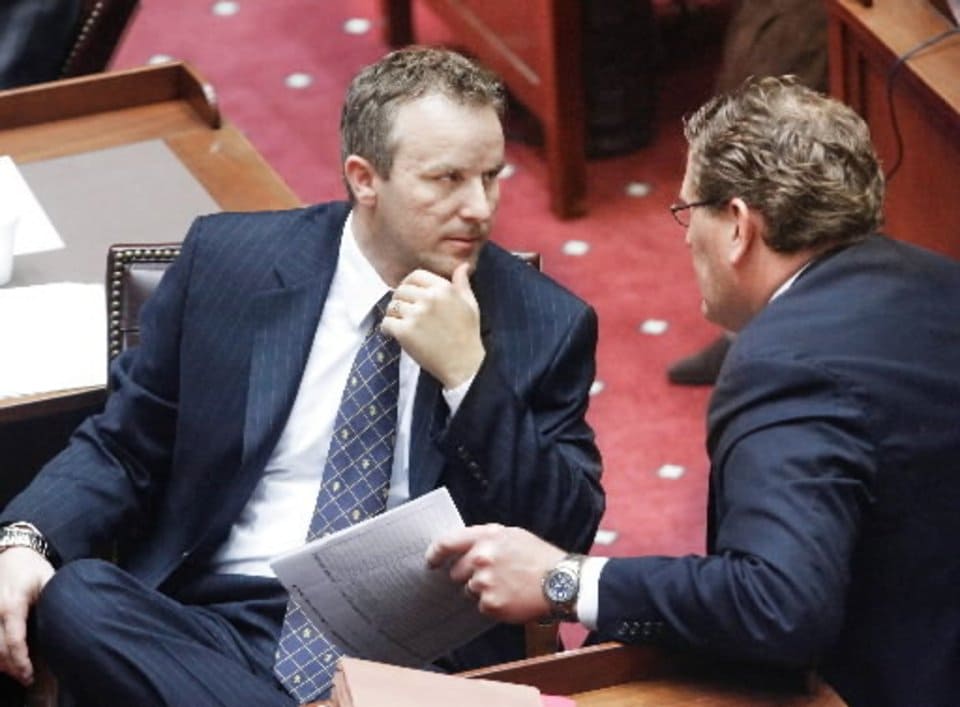 Sen. Greg Treat (R), left, is among the sponsors of a bill that would allow guns in school parking lots in Oklahoma (Photo credit: by Jim Beckel/ The Oklahoman)

A bill that would make it legal for concealed carry holders to store handguns inside a locked vehicle in school parking lots passed the Oklahoma House by a 83-6 vote Thursday.

Currently it is illegal in the Sooner State to have a firearm on school grounds under threat of a felony offense, so state lawmakers are looking to change that for permitted carriers with House Bill 2614.

“I think there’s a lot of people who are unsuspectingly committing a felony,” said state Sen. Greg Treat (R), one of the bill’s sponsors. “I think a lot of people don’t realize that you can’t do that now.”

“We are a very pro-Second Amendment state. We’re a very pro-self-defense state. We don’t need to create unnecessary barriers for people to protect themselves,” explained Treat.

HB2614 would further drop the penalty for violating the state’s handgun regulations to that of a misdemeanor crime subject with a maximum $250 fine.

Although popular, a few lawmakers did come out in opposition to the legislation.

“My greatest concern as a school principal was to keep the students safe,” said State Rep. Ann Coody, (R-Lawton), a former principal. “It was not for the convenience of people who visited our campus.”

This year alone both Tennessee and Indiana have signed legislation that expand gun rights to include school parking lots. West Virginia’s state Senate in March passed a bill to allow guns in municipal public parking lots if their vehicles are locked and the firearm is out of view.

Oklahoma’s bill has been transmitted to the state Senate where it is expected to pass and soon be sent to the desk of Gov. Mary Fallin.