A Chicago woman has filed a lawsuit seeking $1.35 million in damages nearly a year after an off-duty police officer fatally shot her puppy.

On March 15, 2013, Samantha Maglaya’s 5-year-old daughter was in their front yard playing with Maximus, their 4-month-old pitbull, when an off-duty police officer shot the dog eight times in the chest, killing it, the NBC affiliate reports.

The officer claimed the dog was aggressively charging towards his 5-year-old son, but Maglaya says that never happened and believes her dog’s death was a conspiracy. She filed a 22-count lawsuit against the city, as well as several law enforcement officers. 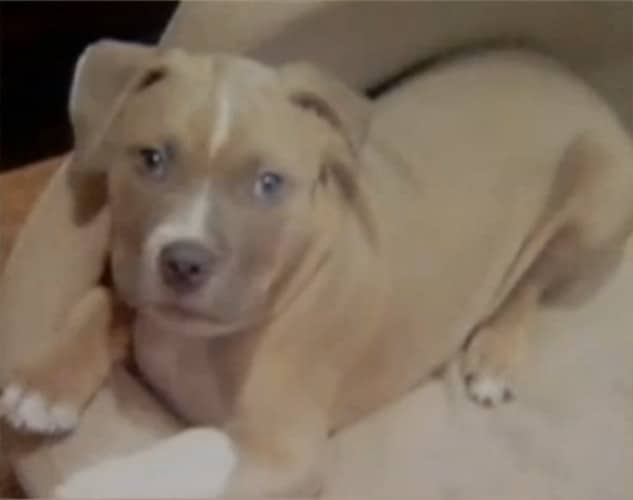 Maglaya said Maximus was a happy puppy that never barked or even growled.

The officer who shot Maximus said he was just protecting his son, and if the dog had been properly leashed, the whole situation could have been avoided.

“It’s supposed to be on a leash. If that dog is on a leash, this never happens,” the officer said. “[My son] wanted to ride his bike. So he’s riding down the sidewalk. As I’m walking down the street the dog comes out of the gangway charging at him.”

But Magaya’s lawsuit paints a darker picture and accuses the officer of lying about the incident. She claims Maximus never chased a child on a bike, because the officer’s child wasn’t there in the first place. She says Maximus was running around their front yard, wagging his tail, when the officer opened fire not more than 10 feet away from her daughter. 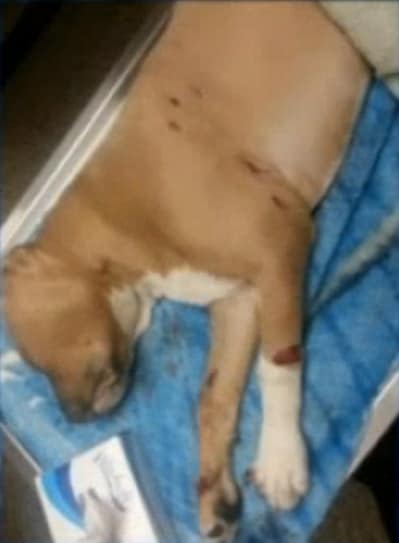 Maximus was shot a total of eight times and though Maglaya rushed him to the vet, he succumbed to his gunshot wounds.

Magaya believes the officer shot Maximus because of her race and because he didn’t want a pitbull in the neighborhood, and said two other officers who live on her block lied on the officer’s behalf.

The 22-count lawsuit against Chicago and the officer involved in the shooting and those in the subsequent cover up includes a slew of charges, including excessive force, aggravated cruelty to animals, hate crimes against Maglaya and her daughter, and trespassing, among others.

She is seeking a total of $1.35 million in damages.