Actor Michael Jace, who played a police officer in FX’s “The Shield,” was arrested Tuesday morning in the fatal shooting of his wife. 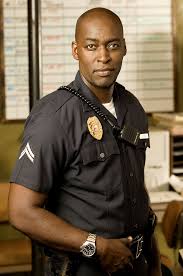 Michael Jace is most notable for playing Officer Julien Lowe in FX’s “The Shield.”

According to reports, police received several calls around 8:30 Monday night about shots fired at the residence in Hyde Park, a neighborhood of Los Angeles.

When officers arrived, they found April Jace, 40, in the hallway of the home, shot multiple times. Police then arrested her husband of 10 years.

TMZ reports that Jace actually called the police himself to report that his wife had been shot, and allegedly confessed to shooting her. Before the shooting the couple argued about money and their financial distress.

He faces a felony murder charge.