One of the bits of orthodoxy one hears constantly perpetuated by the gun community is that gun-free zones are murder magnets for mass killers.

“Every one of our mass murders in our country has occurred in places where guns are prohibited,” said Larry Pratt, the executive director of Gun Owners of America back in December in an interview on Fox News Sunday.

“The legislation that is on the books is lethal; it is killing people. All of these gun-free zones are murder magnets, and we simply have got to get rid of them,” he continued.

“Politicians pass laws for gun-free school zones, they issue press releases bragging about them … in doing so they tell every insane killer in America that schools are the safest place to inflict maximum mayhem with minimum risk,” LaPierre said in December 2012. 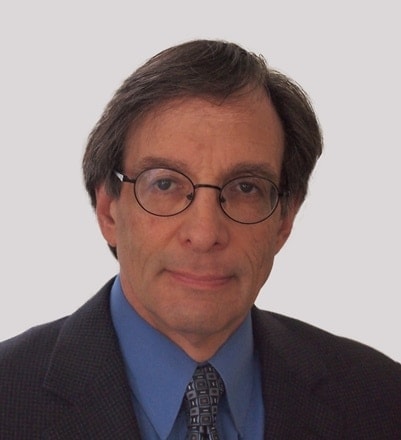 At face value, what LaPierre and Pratt are saying seems reasonable because at the heart of this belief is the notion that criminals while being dumb enough to resort to a life of crime are yet logical enough to prefer and, in many cases, seek out what many people refer to as soft targets.

For example, if one is a burglar, is one going to rob the house next to the police station or the one down the road with no discernible security system? If one is a knock-out gamer is one going to punch the jacked 20-something with the cauliflower ear or the grandpa with the walking stick?

Being mindful of self-preservation, most criminals would choose the path of least resistance. The soft target. The opportunity with a low risk and a reasonable reward. But the question we have to ask ourselves is whether mass killers are logical enough to account for the security measures of a potential target, also whether the security measures act as a deterrent, in the case of a well-armed location, or a motivating factor, in the case of a gun-free zone.

Northeastern University Criminologist James Alan Fox, who has authored several books on mass shootings, including: “The Will To Kill: Explaining Senseless Murder” and “Violence and Security on Campus: From Preschool through College,” has to some extent answered those questions.

In an article titled “Top 10 Myths About Mass Shootings” published in “The Chronicle of Higher Education” in 2012, Fox explains that increasing security at schools and other places will not deter mass shooters because they are determined to “follow through, no matter what impediments are placed in their path.”

“Most security measures will serve only as a minor inconvenience for those who are dead set on mass murder,” Fox said. “If anything, excessive security and a fortress-like environment serve as a constant reminder of danger and vulnerability.”

Fox also believes that expanding concealed carry provisions for law-abiding citizens will do little to help an active shooter scenario.

“Mass killers are often described by surviving witnesses as being relaxed and calm during their rampages, owing to their level of planning,” he explained.

“In contrast, the rest of us are taken by surprise and respond frantically. A sudden and wild shootout involving the assailant and citizens armed with concealed weapons would potentially catch countless innocent victims in the crossfire,” Fox argued.

Though he’s an expert, perhaps Fox is misled. Perhaps his assessment, which clearly has a pro-gun control bent to it, is wrong. Then again, perhaps there is some underlying truth to it.

From my vantage point, when I look at some of the profiles of the more notorious mass shooters, I’m not convinced that armed good guys with guns would have deterred them from planning their attack.

Well, for starters, we know that there was a student resource officer at Columbine High School. That did not deter Eric Harris and Dylan Klebold from carrying out their coordinated assault, which ended in the death of 12 students, one teacher and both shooters. 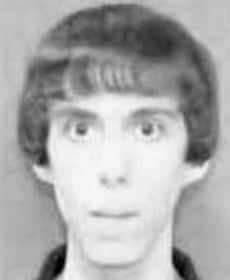 But more to the point, when I read up on Adam Lanza, the 20 year old who perpetrated the attack on Sandy Hook, it became rather clear to me that he wasn’t scared to die nor was he fearful of resistance. Unlike petty thieves or knock-out gamers, Lanza wasn’t a ‘logical’ criminal looking for a soft target, he was a sociopath with zero regard for human life, including his own. He was prepared to die. One can argue that he may even wanted to die.

As his father Peter Lanza said in an interview with the New Yorker, “With hindsight, I know Adam would have killed me in a heartbeat, if he’d had the chance,” further noting, “You can’t get any more evil.”

I’d therefore argue that Lanza chose a Sandy Hook not because it was a gun-free zone, but because slaughtering a classroom of first graders is the most depraved and evil thing a person can do. It was the mission that mattered to Lanza, not the obstacles or lack of obstacles in his way.

Jared Lee Loughner, the man who shot Arizona Congresswoman Gabrielle Giffords and 18 others at a supermarket near Tucson in January of 2011, was obsessed with Giffords. I’d argue that it was this obsession that led him to shoot those people, not that the supermarket was allegedly gun-free.

And while it pains me to quote the anti-gun publication Mother Jones, whose data on mass shootings is often suspect, I do believe there is some truth to the following:

Among the 62 mass shootings over the last 30 years that we studied, not a single case includes evidence that the killer chose to target a place because it banned guns. To the contrary, in many of the cases there was clearly another motive for the choice of location. For example, 20 were workplace shootings, most of which involved perpetrators who felt wronged by employers and colleagues. Last September, when a troubled man working at a sign manufacturer in Minneapolis was told he would be let go, he pulled out a 9mm Glock and killed six people and injured another before putting a bullet in his own head. Similar tragedies unfolded at a beer distributor in Connecticut in 2010 and at a plastics factory in Kentucky in 2008.

Workplace shooters are disgruntled with their employers and coworkers, therefore they seek revenge on them. Their choice of target is not based on the security status of the office building or plant they work at, but rather its based on the location of those who they believe have slighted them in some profound way.

When it comes down to it, gun-free zones aren’t the murder magnets some play them up to be. I think it’s disingenuous for folks to argue that, on the whole, gun-free zones are a major determining factor in one’s decision to take innocent lives. Sure, some shooters may consider this at some point during their planning, but for the most part I think crazy people will do crazy things because, well, they’re crazy.

By extension, the notion that gun-friendly places deter sociopaths or deranged and disgruntled workers from carrying out an attack is equally untenable for the same reason, crazy people will do crazy things because, well, they’re crazy.

At the end of the day those hellbent on murder are not going to care what obstacles stand in their way.  And I think being honest about this doesn’t make me any less pro gun, it just shows that I’m willing to accept the facts void of a political agenda.

Yet, with all that being said, as a pro-Second Amendment individual, I do believe we should continue to expand concealed carry rights and empower businesses to decide for themselves whether to be gun-free or gun friendly. While gun-friendly places may not deter mass killers, they certainly have the capacity to make ordinary criminals think twice.

What are your thoughts? Do you believe the claim that gun-free zones are murder magnets is overblown? Or is it accurate to say that?