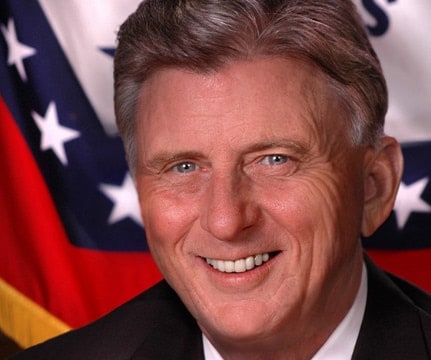 Later this summer, Arkansas Gov. Mike Beebe and his economic development team will take a 10-day trip across Europe in an effort to bring desired jobs to The Natural State. They announced that they’ll visit with several companies within various industries including the gun industry.

The governor and the Arkansas Economic Development Commission will kick off the trip in England to attend the Farnborough Air Show — since aerospace is Arkansas’s number one industry — then to Paris and then to Prague to meet with gun companies from the Czech Republic.

The state just recently renewed its focus on the firearms industry, since the governor sent a team from the AEDC to explore the Shooting Hunting Outdoor Trade Show in January. At SHOT, state officials were blown away by the number of small companies, specifically firearm accessory makers, looking for a home and how easy it was to talk to them.

Grant Tennille, director of the AEDC, explained that within seconds of his team introducing themselves they met with the head or owner of a company. “You want to be in the conversation with people making the huge, billion dollar decisions,” he said.

But why gun companies from the Czech Republic? Tennille explained that they have a few reasons for that special emphasis.

First off, the AEDC has ties to the Czech Republic, as the commission’s project manager for Europe, Lenka Horakova, is from the country and still has family there. Horakova, who has an understanding of both the U.S. and Czech economies as well as Czech gun companies, is actually the one who coordinated the trip.

Last but not least, gun companies are both welcomed and appreciated in Arkansas. “It’s a sector we understand, we’re comfortable with and they’re good paying jobs,” Tennille said and added, “Arkansas has a healthy attitude for the Second Amendment — shooting sports and hunting is a big part of our history.”

Guns.com writer Max Slowik contributed to the reporting of this article