Deputy arrested for firing warning shot in response to pranksters 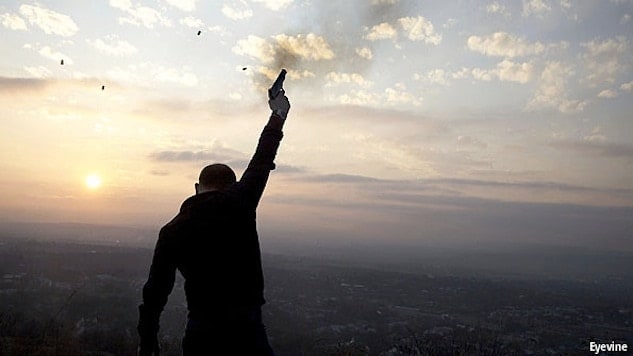 Deputy Sung Jin Pak (not pictured) was fired for firing a warning shot into the air after a group of pranksters ding-dong-ditched his home.

A Los Angeles sheriff’s deputy was arrested Friday for firing a warning shot into the air in response to neighborhood kids pulling a prank on him.

Deputy Sung Jin Pak, 47, was at home on Oct. 12, 2013, when around 8 p.m. a group of 15 to 20 kids ding-dong-ditched his residence. Pak answered the door and, armed with his service revolver, pursued the juveniles. When three of the kids “turned toward Pak in a threatening manner” he discharged his weapon into the air, Signal SCV reports.

Pak has been suspended with pay for the last six months while the sheriff’s department with the Internal Criminal Investigations Branch investigated the matter. On May 16 he was arrested for discharging a firearm with gross negligence.

On or about Oct. 12, 2013, in the County of Los Angeles, the crime of discharge of firearm with gross negligence in violation of Penal code Section 2465.3(a), a misdemeanor, was committed by Sung Jin Pak, who did willfully and unlawfully discharge a firearm in a grossly negligent manner which could result in injury and death to a person.

Apparently, juveniles were playing a prank called ding-dong-ditch, where they ring the doorbell and run away. [And that’s when Pak] ran after the juveniles trying to identify them. Apparently, three of the kids were physically larger than the others and turned toward Pak in a threatening manner. The deputy identified himself as a sheriff’s deputy and fired a warning shot in the air.

Pak is scheduled to appear at the Newhall Municipal Court July 16.