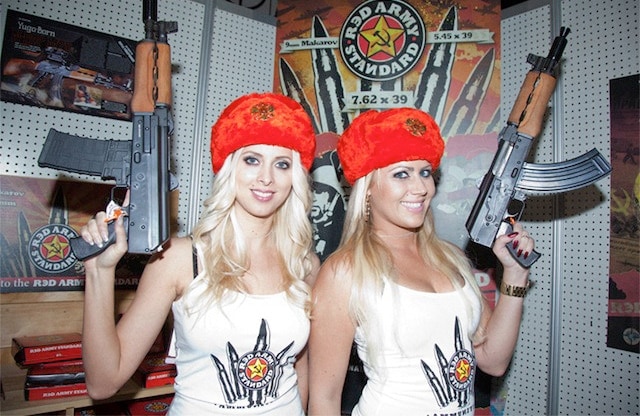 If trade shows are any indication into what the American people are interested in than it looks like guns, gun rights, books and food take the cake.

“It’s outstanding that our industry’s trade show, the SHOT Show, continues to grow and be recognized with the best and fastest-growing shows in North America,” said Chris Dolnack, the National Shooting Sports Foundation senior vice president and chief marketing officer. “This honor is shared by all the talented people who work on the show.”

SHOT Show is an annual event that takes place in January, it’s an industry-only event where companies introduce new products and retailers, militaries and police departments order new supplies, guns, equipment, etc. It’s sponsored by the NSSF, the trade association for the firearms and ammo industry, and for the past few years taken place in Las Vegas, Nevada.

The NRA annual convention moves around, but its scheduling is consistently in the spring. The show is a massive fundraising event and political rally, sometimes setting the agenda for the year.

Both shows were listed by the TSNN as one of the 25 fastest growing shows for attendance. SHOT typical brings in more than 60,000 people from all over the world, but the show is closed off to the public. The NRA show, which is open to the public, brings in about 70,000.

TSNN is a news and resource for trade shows, keeping tabs on more than 25,000 shows worldwide. The top 25 fastest growing shows for attendance and net space will be honored at the 5th Annual TSNN Awards Nov. 14-16 in Cleveland, Ohio.