How not to carry a gun; my first day strapped 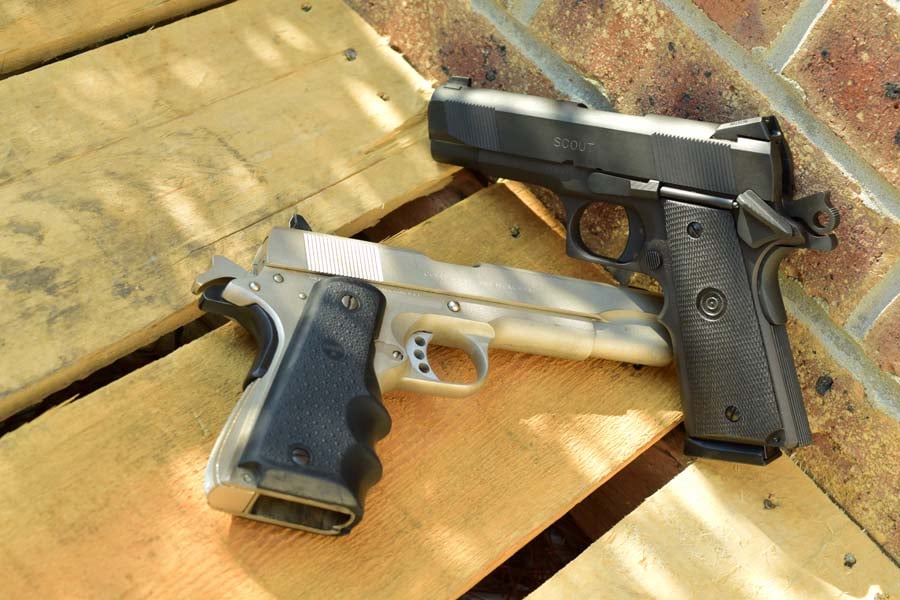 My solution to being undergunned, lower-back problems abound. (Photo by Jim Grant)

With the official first day of summer just around the corner, armed civilians are taking a note from English poet Robert Browning’s playbook, applying the “less is more” approach to concealed carry. Much the same way soldiers fighting in Iraq or Afghanistan appreciate the mantra, “Ounces equal pounds and pounds equal pain.” The strapped civilian must strike a balance among three key factors: firepower, capacity and concealment. No existing weapon excels in all these departments, so it’s up to the carrier to determine which ones are most important to them.

My response to this conundrum has evolved over the years in light of personal experiences. When I first started carrying in Massachusetts I stuffed an unchambered Walther PP knockoff into my waistband, secured with a large leather belt and accompanied by a handful of loose rounds in my left pocket, because that’s all I had. 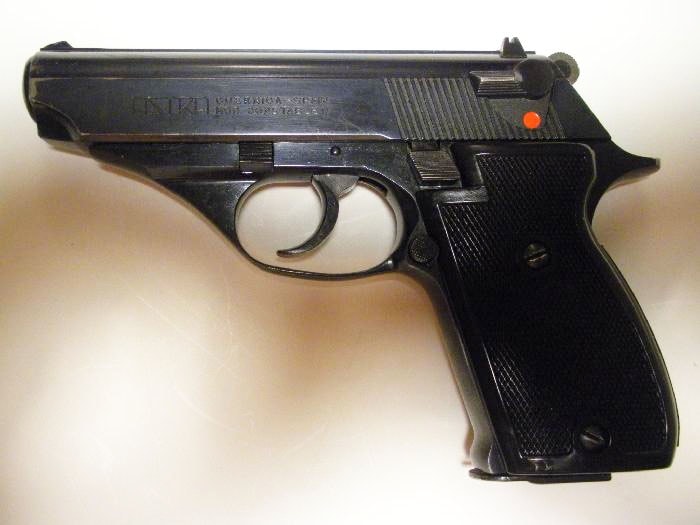 Let me explain, when I first received my CCW permit, I had no intention of carrying. I was not opposed to the thought of concealed carry, rather, I didn’t feel ready. It was not until my girlfriend wanted to visit a dangerous area around Boston with her, sometimes oblivious, parents that I felt I had to carry some form of self-defense. With only 25 minutes to prepare I did the best I could with the equipment I had. If CCW courses ever end up with their own version of Goofus and Gallant, that day I was a paragon of a gun-slinging Goofus.

It was the middle of summer and I ended up carrying the gun for eight hours in the sun. Back then I was a portly fellow and I, all 250 pounds of me, was sweating like Slurpee in Arizona. I drenched my pistol, causing it to rust and I ended up hitting myself in the groin very hard with the barrel of my gun when I hastily entered my Jeep. My setup was haphazard and downright deplorable, but this lead me to learn some extremely important lessons on carrying a weapon.

It wasn’t until my next range visit that the gravity of the situation hit me. While I was loading magazines at the indoor gun range, outside the shooting area, I saw a newspaper headline about a shootout that occurred just a few blocks from where we had been visiting. That sent a cold shiver down my spine, but I brushed it off. I reasoned that I was careful, armed and would have been prepared for it.

As I stepped up to my shooting lane, I imagined what it would have been like if my NRA bullseye target was a gun-wielding assailant, hellbent on plugging me full of lead. I raised my irons, took a deep breath and squeezed the trigger. BLAAAAM..klaaaakkkgriiiinncchh! “What the hell was that noise?” I pondered aloud, simultaneously wondering why my hand hurt. 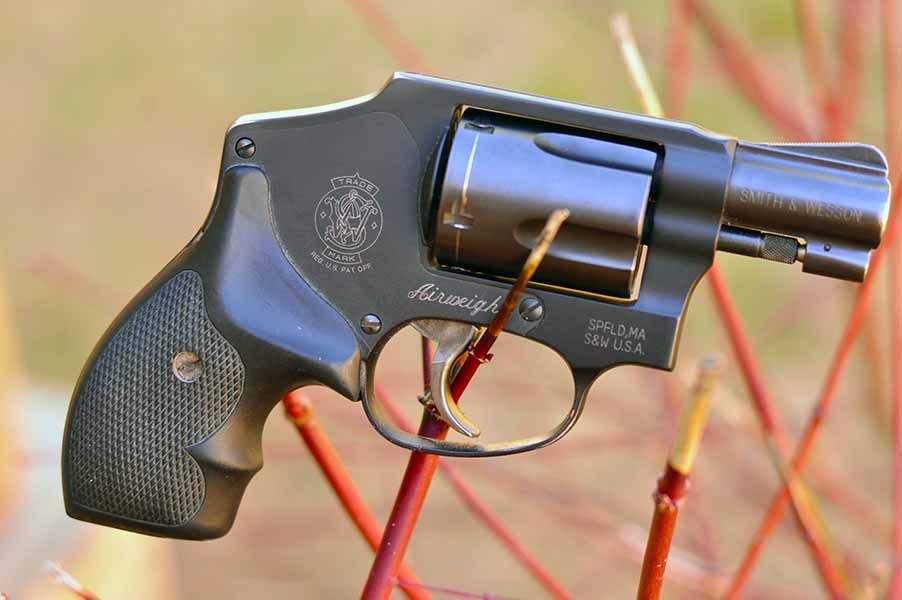 The Smith 442 replaced my finicky Astra  (Photo by Jim Grant)

As I looked down, to my horror, my grip panels and rear sight had flown off my pistol. Apparently, the last owner had repaired the sights and grips with glue that evidently wasn’t sweat-proof. Not only that, but with that pistol, the grips also secured the disconnector spring, which went AWOL somewhere on the range. Meaning, I couldn’t aim the pistol effectively nor could I fire since the disconnector’s absence disabled the trigger entirely.

You know those moments in life where you think to yourself, “Gee, that was close,” but you shake it off a few moments later, only to realize just how pants-soilingly close it actually was? I’ve been shot at before and while a gun falling apart in my hands wasn’t anywhere near as frightening, both events were high-ranking on the “pucker-factor” scale.

In response, I decided to save my money and buy the best carry equipment possible and train harder than ever in my life. I upped my round count from one box a week to 500 rounds a week, replaced my crappy .380 ACP with two Colt 1911 Series 70 pistols and purchased a dozen quality magazines. I read everything Massad Ayoob ever wrote and studied all about carrying a weapon for defense.

In the summer I carried one Series 70 1911 inside the waistband with a Desantis Holster and four spare magazines, all in different locations so no matter what hand I was shooting with a spare mag would be close by. In the winter, I strapped two 1911’s under my arms inside of a leather jacket and stuffed eight magazines in every conceivable pocket. I was ready to kick-ass and chew bubblegum. I had the ultimate carry setup or so I thought. 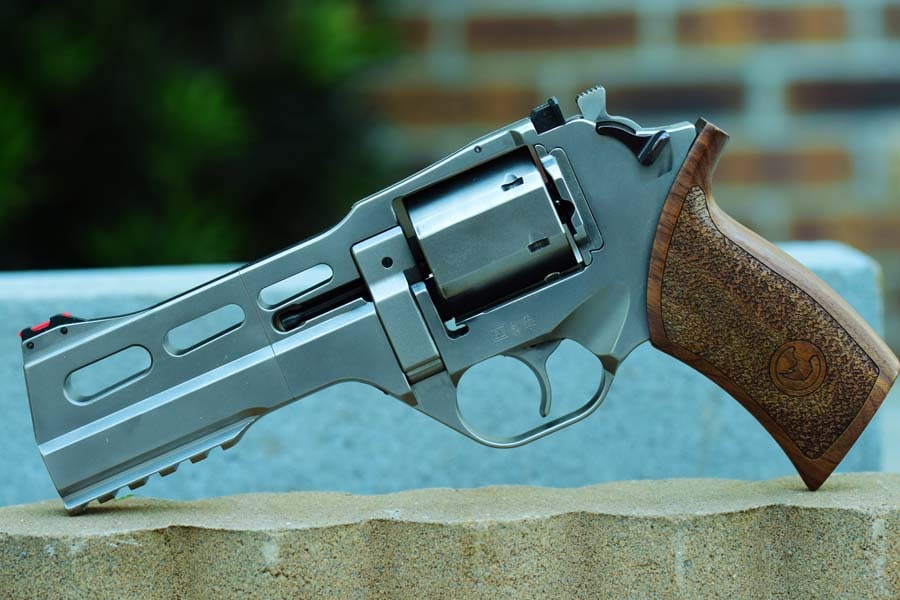 No matter what you choose to carry, make sure it works for you (Photo by Jim Grant)

It wasn’t until I moved to the Southeast that I truly appreciated how miserably hot summer could be. A record high temperature of 105 degrees punctuated my first day as a South Carolinian. All of sudden carrying a full-sized 1911 in a heavy leather holster lost all of its allure. I wanted something light and handy, but I didn’t want to sacrifice firepower or shootability. I decided on a hammerless snub-nosed .38 Special, understanding that I would have to train extra diligently to become half as proficient as I was with those 1911s.

I’ve run the gamut of guns when it comes to concealed carry pistols and I switch between three different guns depending on what I’m wearing, the weather and where I’m going. When it comes to conceal carry advice, no matter what someone tells you or how solid the advice is, if it doesn’t work for you, always feel free to modify, ignore or even dismiss the information. Few things are set in stone when it comes to combat and only one element holds water regardless of era, location, armament or assailants: survival. As long as you live to see another day, you’ve succeeded. If your life is sincerely in danger, don’t hold back; no one ever won a fair fight.