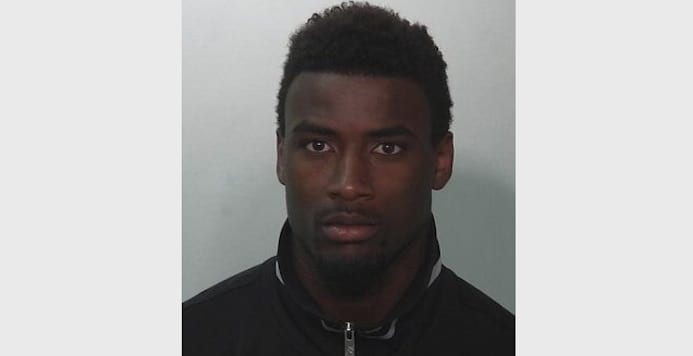 Nathan L. Simmerson, along with four other masked intruders, barged into a Fort Wayne residence, but quickly fled when one of the residents called out to grab the assault rifle. Simmerson, who barricaded himself in a bathroom, was left behind.

An Indiana resident armed with a handgun fended off five masked intruders during a home invasion Saturday evening.

A Fort Wayne resident heard a knock on the front door and went to answer it. When he did, five masked men forced their way inside, at least two of them armed, and ordered everyone to the ground. Three other residents were home at the time and when one of them, Chris Torres, heard rustling downstairs he immediately armed up with a handgun, Journal Gazette reports.

Nathan L. Simmerson, 20, armed with a crowbar, headed upstairs and was greeted by the end of a gun barrel. He barricaded himself in the bathroom and when another resident called out to grab an assault rifle (reportedly an AR-15, but local media is calling it an “assault rifle”), the four other crooks that were still downstairs bolted out the front door.

Simmerson was abandoned by his accomplices and left alone in the bathroom. He tried to flee, but as he was running down the stairs all four residents tackled him to the ground and kept him there until police arrived.

According to WANE, Simmerson was arrested and at first denied knowing the other intruders and said he no idea why they went into the house. However, after further prodding, he changed his story.

Simmerson later confessed to being picked up by a friend and said the group intended to rob the house because they knew there was marijuana and money inside. But he still maintained he didn’t know the last names of the other suspects.

It is unclear if the residents ever produced the AR-15, or if the mere mention of it was enough to scare the intruders into fleeing.