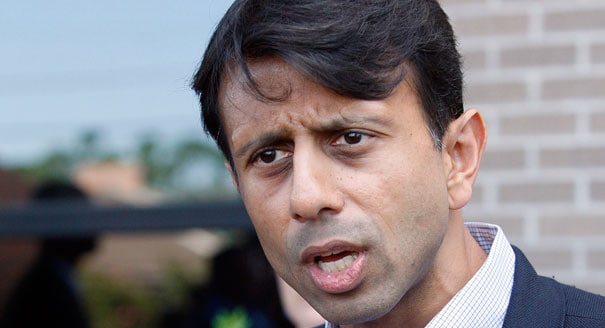 As the legislative session winds down, Louisiana Gov. Bobby Jindal signed into law five bills that will affect the state’s ‘Stand Your Ground’ law, concealed carry holders, users of Tannerite, and gun owners.

The five bills are included in 217 measures signed into law by Jindal this legislative session.

While all five of these bills passed by wide margins with bipartisan support, only one drew significant debate, that being House Bill 72.

HB 72 will allow concealed-carry permit holders and off-duty law enforcement to carry firearms in restaurants that serve alcohol. It had passed the Louisiana Senate earlier this month by a 37-2 vote.

Supporters of the state’s SYG statute were able to dodge a metaphorical bullet when a bill aimed to repeal that controversial self-defense doctrine was shelved after it failed to gain ground in the House. Jindal alternatively signed legislation Friday, which will expand the scope of its protections.

The measure in question, HB325, which passed the Senate by a 36-2 vote on May 13, will allow the same self-defense argument to be used in non-lethal shootings as in lethal ones. Current Louisiana law does not provide these protections to those who injure, but do not kill, an intruder entering their home or car.

State residents who unknowingly have a stolen firearm in their possession will have some refuge from the law following the governor’s signature on House Bill 17. This piece of legislation will modify the language of the state’s code concerning stolen firearms to make it an affirmative defense to a prosecution for someone who possesses a stolen firearm with no knowledge that it was misappropriated. The bill had passed the state senate with a unanimous vote.

With three arguably pro-gun bills signed into law, the news was not all good for gun owners in the Sportsman’s Paradise Friday.

A little-known measure, House Bill 160, to regulate binary target indicators the same way as high explosives, was made law by Jindal’s pen this week.

The focus of the bill is binary exploding shot indicators used in reactive targets. These compounds, most notably Tannerite, are two separate chemicals that, when mixed, creates a material that, when shot by a high-velocity round, will explode on contact.

After the original text of the explosives bill was modified to only regulate quantities of binary target compounds in excess of five pounds, it sailed through both chambers of the state legislature without a single lawmaker voting against it.

The fifth gun bill in this session to make it to Jindal’s desk, House Bill 753 would deny firearm access to domestic abusers under a legal protection order. Under its guidelines, those convicted of domestic battery charges would be prohibited from possessing a gun for a period of ten years after completion of any sentence, probation, or parole.

On HB753, the National Rifle Association, as it has in several similar cases, took a neutral stance. Passed unanimously by both chambers in Baton Rouge, the governor signed it into law Friday.

The new statutes will go into effect August 1.