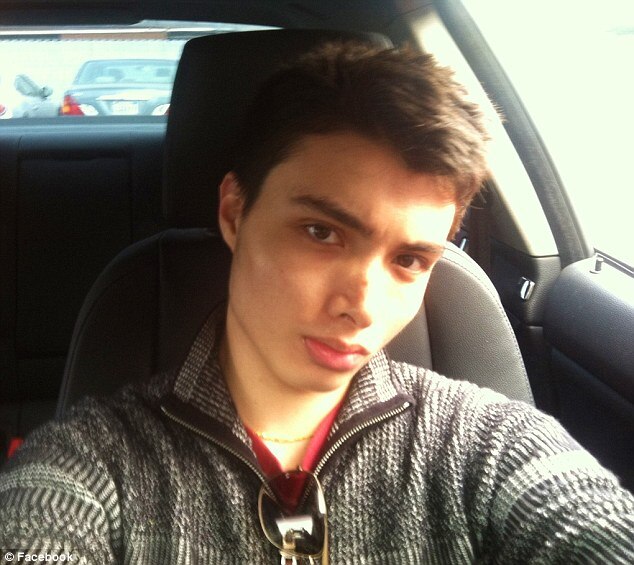 Authorities say Elliot Rodger, 22, is responsible for the shooting in Isla Vista, California.

Authorities have identified the gunman who opened fire in a town nearby the University of California-Santa Barbara campus Friday night.

Elliot Rodger, 22, has been identified as the suspect responsible for killing six people and injuring at least eight others in Isla Vista, Santa Barbara Sheriff Bill Brown said during a press conference Saturday night.

Rodger had attended Santa Barbara City College, and media reports indicate is the son of an assistant director of the film “The Hunger Games.” Rodger also had three documented run-ins with authorities leading up to the shooting.

In one, Rodger was involved in a scuffle, which authorities believe he was the aggressor. That case was put on standby pending any new leads. The second, Rodger placed his roommate on citizens arrest for stealing $22 worth of candles from him. The roommate was cited for petty theft. Lastly, Rodger’s family members raised concerns about YouTube videos he’s been posting, which they believed to reference suicide or other dangerous acts.

Additionally, authorities have confirmed that Rodger posted a video, part of a manifesto of sorts, before the rampage that details his intentions and offers a possible motive for his actions.

“Well, this is my last video. It all has to come to this,” Rodger said. “Tomorrow is the day of retribution. The day in which I will have my revenge against humanity.”

In the nearly seven-minute long video, Rodger rambles about how he’s a virgin and that he blames women because they never gave him a chance, so in return he would lash out in a violent attack.

Brown said that investigators have pieced together 10 locations that include at least 12 crime scenes.

Before the shooting rampage, which lasted about 10 minutes, Rodger stabbed three roommates to death at their apartment on the southeast edge of town. The roommates have not been identified as family and next of kin are being notified.

Armed with three handguns (a Glock and two SIG Sauers) and 400 rounds of ammo, Rodger then drove his black BMW about a quarter of a mile north to a sorority house and knocked on the door, but fortunately no one answered. Rodger instead opened fire on three women on the other side of the street, killing two and injuring one. The two killed were Veronica Weiss, 19, and Katie Cooper, 22, both students.

Rodger then drove to a nearby deli and opened fire. He killed one man, Christopher Michael-Martinez, 20, also a student.

Deputies were on the scene shortly after gunfire erupted. Rodger saw them approach near the deli and fled the scene, shooting at passersby as he drove.

Rodger then confronted a woman, brandished a gun, shot and injured her.

Rodger then hit a bicyclist with his car and opened fire on people on the sidewalk, injuring three. Rodger left the scene, and then shot and wounded a seventh person.

Rodger then drove past four deputies and opened fire. Three of the deputies returned fire, hitting Rodger’s car and they believe shot Rodger in the hip.

Rodger hit another bicyclist, who rolled over a smashed the windshield, and Rodger subsequently crashed his car. Deputies believe Rodger then took his own life with a gunshot wound to the head.