Check out this 3D-printable bullpup for AR-pattern uppers 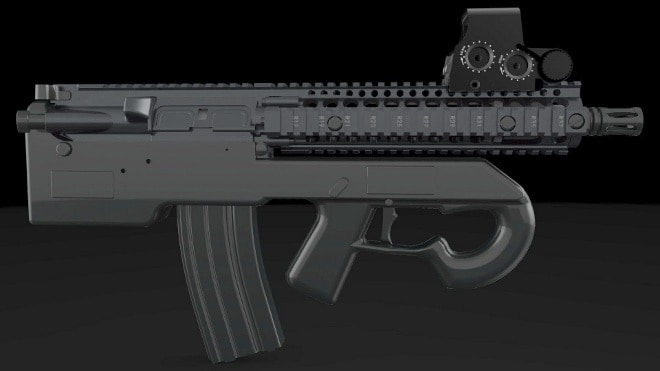 While there aren’t many upper receivers that don’t require a buffer assembly to function, there are a few out there including rimfire uppers and the Faxon ARAK-21, a non-standard centerfire upper that uses a gas piston system.

WarFary calls this the Hanuman series, and Hanuman is important because it showcases how 3D printing can be used to innovate and develop new firearm designs easily, affordably and quickly. 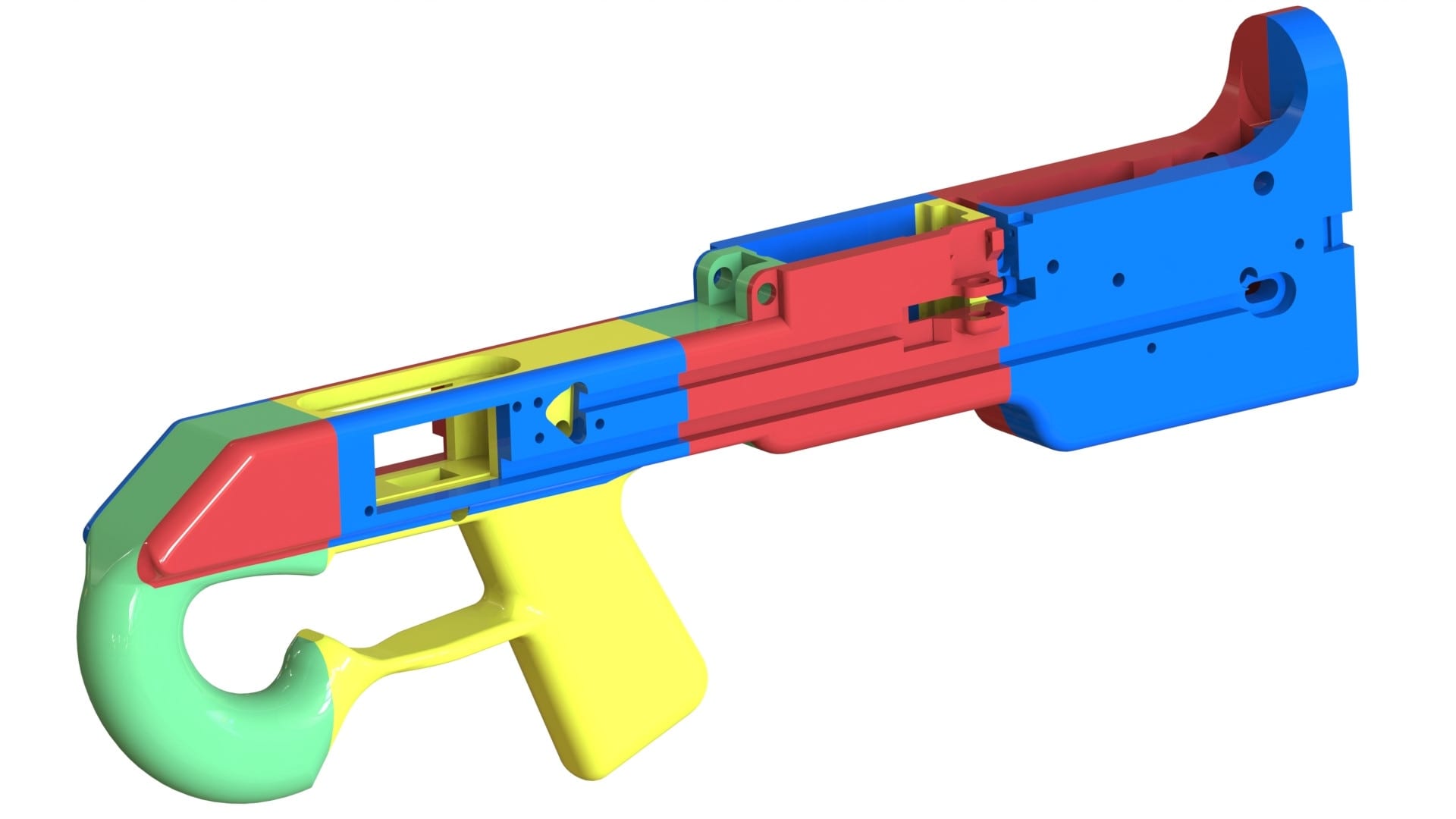 Because the design is modular it can be lengthened with buttpad extensions to adjust the length of pull. All of the sections are overbuilt for added strength.

The Hanuman comes with a warning. WarFairy considers the design to be a work in progress, saying “It is highly experimental. There is no safety. Sixteen-inch barreled uppers require [a] 3-inch pad to be used as displayed in renders for overall length legality. Print and fire at own risk.”

Federal law requires that rifles must measure in at 26 inches at a minimum, otherwise they are regulated as short-barreled rifles under the National Firearms Act.

Although the Hanuman has some limitations, notably that cheese-grater of a cheekpiece, they can be worked around. The flattop receiver can be covered with rail panels for comfort and optics can be easily lifted to a more natural height with risers.

The charging handle is going to be a bit harder to find a work-around for, but it’s not as if anyone’s going to use an at-home 3D-printed gun for anything other than a range toy. 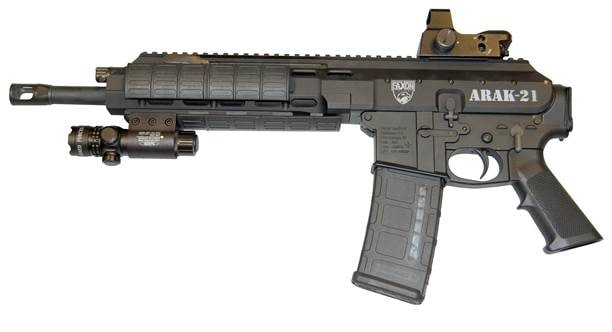 Besides, with the right upper, the charging handle can be made a non-issue. Again, we’re looking at you, ARAK-21.

The Faxon ARAK really is the perfect centerfire upper for the Hanuman lower. The big, easy reason is that it doesn’t use a buffer assembly. Its recoil system is entirely contained in the upper, above the bolt carrier. The ARAK is inspired in-part by the AK and uses a similar gas piston design.

Another great reason to use the ARAK-21 with the Hanuman  is that it has a monolithic handguard. It’s generally not a great idea to mount an optic on a free-floating handguard as they can loosen, which is bad for any type of repeatable zero. With this upper you can mount a red dot or even a scope anywhere on the receiver without worrying about accuracy.

This is a far cry from the Liberator, the original 3D printed gun. The Hanuman, like the Charon before it, is intended to showcase what 3D printing is capable of, that it is a designer’s playground. For more details about the Hanuman project head over to the discussions on Reddit and DefCAD.

The world of home gunsmithing continues to grow every day thanks to developers like WarFairy. And that 3D printing is not going to go away.