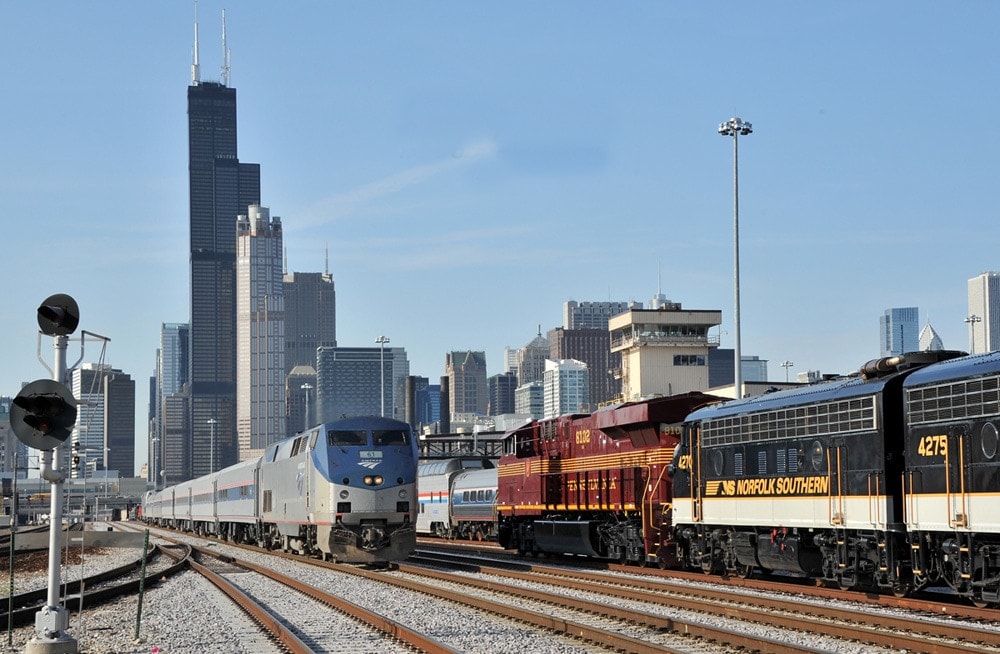 The guns were stolen from Norfolk Southern freight trains like this at a Chicago station. (Photo credit: Rail Pictures)

The Bureau of Alcohol, Tobacco, Firearms, and Explosives with the Chicago Police Department and the National Shootings Sports Foundation announced Tuesday they are offering a $10,000 reward for any information leading to the arrest of those responsible for stealing a batch of rifles from a freight container in a Chicago rail yard earlier this month.

Sometime between May 4 and May 6, suspects stole 13 Smith & Wesson M&P Sport Rifles — priced at $709 retail — from a Norfolk Southern freight container while it was parked in a Chicago rail yard, the ATF said in statement.

The suspects remain at large, but with the incentive of a cash reward, the ATF with the Chicago PD and NSSF are looking to turn that around.

ATF spokesman Tom Ahern told CBS-Chicago that the agency hopes the monetary incentive will help coerce anyone with information about the crime to come forward.

The rifles were being shipped to a licensed firearms dealer in Minnesota, and while the container was parked, the crooks made their move, the Star Tribune reported. And according to the Chicago Tribune, there were a total of 50 weapons in the container, each with a 30-round magazine, but only 13 were stolen.

“This happens from time to time, where these train cars are burglarized. These train cars could have had anything on them that ships by rail, from shoes to computers, but the thieves just happened to hit on a shipment of guns,” Ahern told the Chicago Citizen.

“Right now, we are conducting interviews, and trying to pull in our resources to see if anyone has any information as to the whereabouts of those guns. Considering all of the violent crimes and gun crimes in the Englewood area, we’re anxious to recover them, and hopefully, we will,” he added.