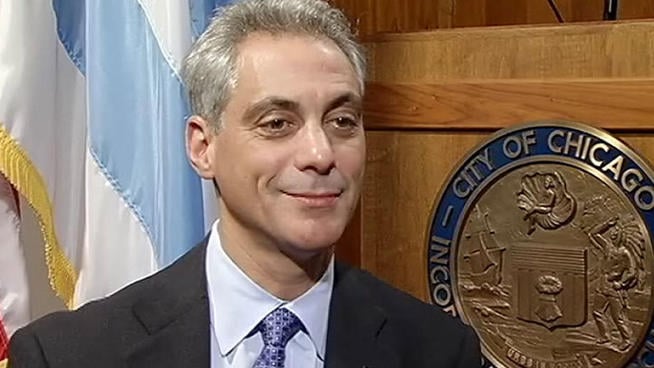 Following a ruling by a federal court to allow gun stores in Chicago again, Mayor Rahm Emanuel is proposing strict regulations that include videotaping sales and refusing zoning in 99.5 percent of the city.

This comes after a January 2014 order by Federal Judge Edmond E. Chang, who found that the city’s de-facto 2010 ban on the sale of firearms inside its limits was unconstitutional. Following that order, the mayor requested six months to set up a list of regulations for these vendors.

According to the Chicago Sun Times, this would include setting up special zoning that would limit shops to very narrowly outlined pockets, effectively placing 99.5 percent of the city off limits. Further, the stores could not be located within 500 feet of a park or school.

“There is no question it will be the smartest, toughest regulation on gun stores in the country,” said Janey Rountree, the mayor’s deputy chief of staff for public safety. “It’s designed to prevent gun trafficking and illegal sales in these stores.”

In addition to the restrictions on location, stores would have to video tape gun sales, conduct regular audits, and submit security plans to the Chicago Police Department for review. Moreover, owners would have to allow CPD to inspect their records and ration handgun sales to just one per customer per month.

Those stores found out of compliance could lose their license to operate inside the Windy City for up to three years.

Chicago effectively regulated the few gun stores that remained in the city’s limits in 2010 out of business in an effort to stem the tide of illegal guns available on the streets. Nevertheless, recent data released by CPD show that no less than 6,800 illegal guns were confiscated in the city in 2013 alone.

This is nothing new for the largest city in the Land of Lincoln. Between 2001 and 2012, CPD confiscated over 50,000 illegal firearms.

In 2012, the NYPD, responsible for a city of 8.3-million residents, picked up 3,285 guns and still had active gun shops. By comparison, Chicago cops, in a city of just 2.7-million, hauled in 7,400 guns with no operational shops inside the city.

While the proposed city ordinance has not been released for public review, it is expected to be finalized in coming weeks.

Responding to Chicago Mayor Rahm Emanuel’s proposal that all firearm buyers in city-approved gun shops be videotaped, the Citizens Committee for the Right to Keep and Bear Arms (CCRKBA) said in a statement obtained by Guns.com Wednesday on the Chicago report. In it, they contend the mayor should instead start a photographic file of all crooked Illinois politicians instead.

“The public might better be served by seeing images of Chicago political elitists involved in illegal activities that have put them behind bars,” said CCRKBA Chairman Alan Gottlieb.

“Where will this information be stored and how will it be used,” Gottlieb questioned. “This isn’t about stopping crime, and Emanuel knows it. This is about intimidating law-abiding citizens in the hopes of discouraging gun sales, and creating what amounts to a video gun registry. It won’t stop criminals from illegally obtaining firearms and it won’t stop shootings that have already made Chicago one of the most dangerous cities in the country.”

The deadline for submitting the ordinance is currently set for July 14.