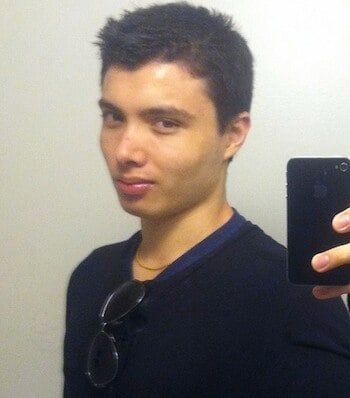 Following the killing spree last Friday near Santa Barbara, California, that left six dead and 13 injured, once again we are confronted with the question of how do we as a society do a better job of keeping weapons out of the hands of the mentally ill.

The terms “killing spree” as opposed to “mass shooting” and “weapons” versus “firearms” are deliberate because the perpetrator, 22-year-old college student Elliot Rodger, used not only handguns but knives to murder his victims.

This distinction is important because it underlines the fact that those hellbent on taking innocent lives will find a means to carry out their plan whether it be with firearms, knives, an automobile, pressure-cooker bombs or some other improvised weapon or murdering device.

Rodger, as one now knows after the publication of his 137-page manifesto, was methodical in his planning and preparation. His biggest fear was being discovered before he could carry out his attack, which is why when he was confronted by Santa Barbara police last month over some bizarre and arguably telltale videos he posted on Youtube, he was so polite and respectful in talking to police.

“The police interrogated me outside for a few minutes, asking me if I had suicidal thoughts,” Rodger wrote. “I tactfully told them that it was all a misunderstanding, and they finally left.”

“If they had demanded to search my room. … That would have ended everything,” he continued. “For a few horrible seconds I thought it was all over. When they left, the biggest wave of relief swept over me. It was so scary.”

Rodger’s run-in with law enforcement made him realize that he needed to be “extra careful.” Consequently, it became his mission in life leading up to what he described as the “Day of Retribution,” the massacre, to avoid detection by authorities. Unfortunately, he succeeded.

Santa Barbara County Sheriff Bill Brown spoke about Rodger’s ability to “fly under the radar” and tell a “very convincing story” to the officers who confronted him in April.

“It’s very apparent that he was able to convince many people for many years that he didn’t have this deep, underlying obvious mental illness that also manifested itself in this terrible tragedy,” Brown told CBS’s “Face the Nation” on Sunday.

In other words, Rodger went to great lengths to ensure that he wasn’t caught. And given his resolve to “fly under the radar,” once again the question pops up of how do we as a society keep weapons away from people like Rodger?

The knee-jerk solution is closing the so-called “gun-show loophole.” At least three politicians have already spoke about revisiting the bill sponsored by Sens. Joe Manchin (D-WV) and Pat Toomey (R-PA), which would have expanded background checks to cover sales between private parties that occur over the Internet and at gun shows.

“Obviously, not every kind of gun violence is going to be prevented by laws out of Washington,” said Sen. Richard Blumenthal (D-CT), with respect to the Manchin-Toomey amendment and the other gun control bills that were introduced in the wake of the mass shooting at Sandy Hook Elementary in Newtown, Connecticut.

“But at least we can make a start and I am going to urge that we bring back those bills, maybe reconfigure them, center on mental health, which is a point where we can agree that we need more resources to make the country healthier and to make sure that these kinds of horrific, insane, mad occurrences are stopped,” he said, noting, “And the Congress will be complicit if we fail in that.”

Likewise, Rep. Peter King (R-NY), a co-sponsor of Manchin-Toomey, told the Washington Post, “This tragedy demonstrates once again the need to keep guns out of the hands of the mentally ill,” suggesting that this can be accomplished, at least in part, via an enhanced background check bill.

Sen. Dianne Feinstein (D-CA) targeted the nation’s gun lobby in her response to the shooting as well as its staunch opposition to background checks.

“Unfortunately the NRA continues to have a stranglehold on Congress, preventing even commonsense measures like universal background checks that have overwhelming support,” Feinstein said. “Americans need to rise up and say enough is enough. Until that happens, we will continue to see these devastating attacks. Shame on us for allowing this to continue.”

However, the reality is that an expanded federal background check bill like Manchin-Toomey would not have stopped Rodger.

For starters, California already requires universal background checks or background checks at the point of transfer, which means that gun sales between private parties are process through licensed dealers or a law enforcement agency.

Secondly, Rodger purchased at least one of his firearms through a gun store, undergoing a background check as part of the process.

“My first act of preparation was the purchase my first handgun. I did this quickly and hastily, at a local gun shop called Goleta Gun and Supply,” he wrote in his manifesto. “After I picked up the handgun, I brought it back to my room and felt a new sense of power. I was now armed. Who’s the alpha male now, bitches.”

Finally, the reason Rodger wasn’t flagged during his purchase of the three firearms he used during the shooting portion of his killing spree was because he was not a prohibited person.

“During the course of his interaction with mental health professionals, he apparently had never been either institutionalized or committed for an involuntarily hold of any kind. And those are the two triggers that actually would have made him a prohibited person in terms of a firearms purchase,” Brown explained. “So he was able, sadly, to obtain those three firearms.”

Trying to stop a mass murderer who has never been involuntarily committed or adjudicated mentally defective and therefore not in the FBI’s National Instant Criminal Background Check System, who is painstakingly working to avoid getting caught by police leading up to his attack, who is determined to kill people by any and all means necessary (knives, guns, cars) via another gun law is totally missing the mark.

Laws aren’t going to save us from the Rodgers of the world. So, what will?

We need to start by taking more responsibility for the health and well-being of our friends, family, neighbors. If they need help or if they’re not doing well, the onus is on us to see that they are getting the treatment they deserve.

We need to improve our mental health system. It’s rather evident that too many people aren’t getting the quality of care they need to overcome their struggles. Perhaps, more funding with an emphasis on a results-oriented philosophy is needed. It’s not enough to simply have folks cycle in an out of the system without measured and sustained progress.

We need to continue to prepare for the worst and hope for the best. For many, this will involve obtaining a license to carry. For others, this may mean simply having a firearm at home for self-defense. And for those who are not inclined to keep or carry firearms, it may mean assembling some sort of non-lethal defense posture and plan in the event of an emergency.

But bottom line, we need to ready because no matter what we do as a society, this will continue to happen.