The clerk, who is believed to be in his 20’s, was working at a Sami Quick Stop in Youngstown around 12:15 a.m. when 17-year-old Ja’Braelyn Bunn, armed with a rifle, and 17-year-old Kimani Hodges entered the store and demanded money. Bunn shot at the clerk and missed. But when the clerk returned fire, he hit his mark, WKBN reports.

“He demanded the clerk to give him some money,” said Struthers Police Chief Tim Roddy. “The clerk felt threatened and had a lawful CCW permit, and shot at the suspect.” 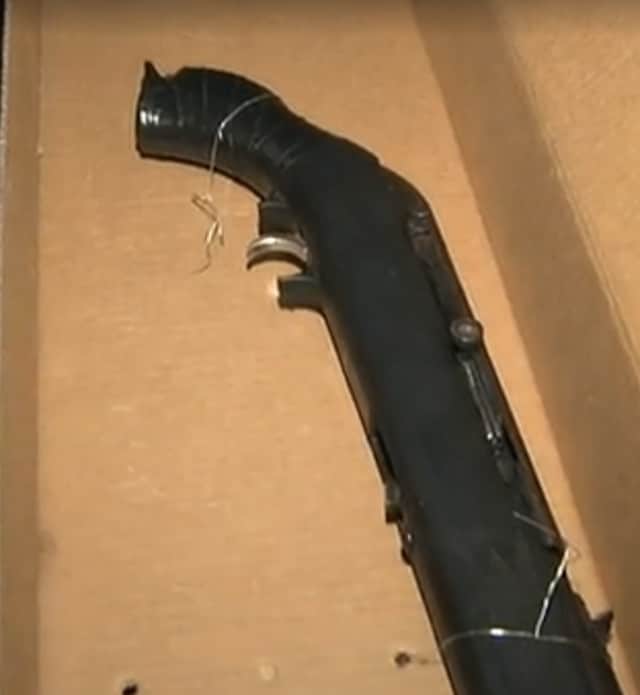 Ja’Braelyn Bunn dropped this rifle and fled after the clerk shot him in the side.

The clerk shot Bunn in the side and the crook dropped his rifle, which had a sawed-off buttstock and partially removed trigger guard, and fled along with his accomplice. Police captured both suspects a short time later.

Two employees were present during the robbery: the clerk, who was behind the counter, and the manager, who was in the stockroom. After the robbery, the manager called 911.

“I’m up at Sami’s. I’m the manager here, and we just got a guy came in here and try to rob us,” the manager told the dispatcher.

The dispatcher relayed the information to the responding officer, who was surprised to find out some of the details.

Officer: “They disarmed him?”

Dispatcher: “Affirmative. They had a CCW.”

Bunn was transported to St. Elizabeth Health Center to be treated for his gunshot wound and Hodges was booked into Mahoning County Juvenile Justice Center. Both teens are facing charges.

Neither of the employees were injured during the robbery and the police have determined the shooting was justified.

“In the right situation, someone that is responsible and very knowledgeable with a weapon – they have the right to protect themselves,” said Roddy.