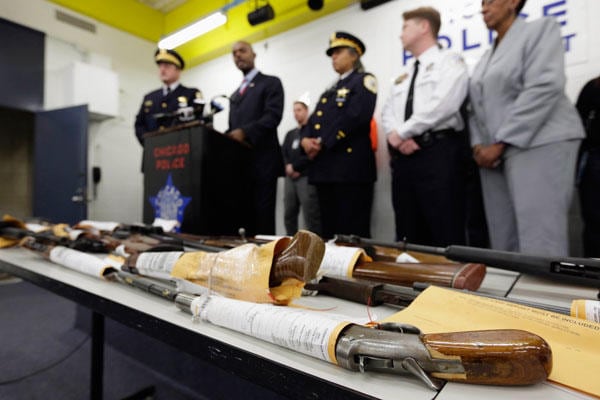 Citing a high murder rate and blaming it on states with lax gun control, Chicago is asking for federal gun-trafficking laws as well as expanded background checks.

This comes as the city’s government is crafting new ordinances to place tough restrictions on gun stores in Chicago, which were allowed to open up shop once again following a federal court order striking down the city’s de-facto ban on them.

“Because the laws are so weak, law enforcement can often only hold the shooter accountable and not the person(s) who armed the shooter,” read a 17-page report prepared by the city and released Tuesday.

The cause of this high murder rate, in a city without any gun stores of its own for over four years, is a tide of firearms brought into the area from areas with less strict laws, contends the report.

“States like Illinois, California, and New York have passed anti-trafficking laws that require background checks for all gun sales, but guns do not respect state lines,” continued the report. “Thus, cities like Chicago need a federal solution.”

This solution as outlined by the report, issued jointly by Mayor Rahm Emanuel’s office, the Chicago Police Department, and the City of Chicago, calls for nationwide legislation to expand and enhance background checks to include private sales as well as specific support of the Gun Trafficking Prevention Act, which is currently stalled in the U.S. Senate.

That bill, introduced in 2013 by Sen. Mark Kirk (R-IL), would make it a crime to transport or transfer two or more firearms when the individual knows or has reason to believe that the firearms are being, or will be used, in a felony. 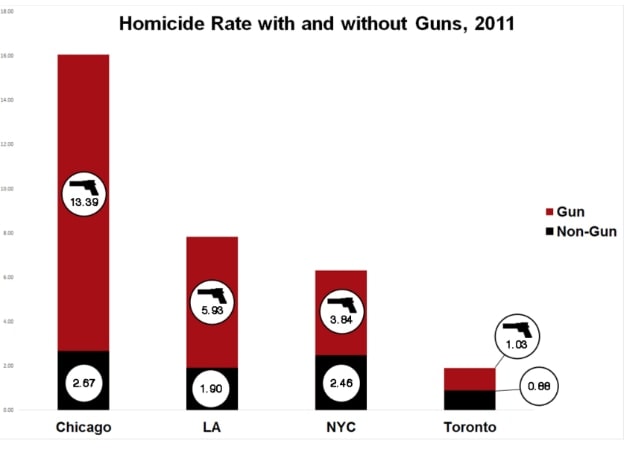 Chicago is dealing with a murder rate more than twice as high as New York or Los Angeles. (Photo credit: City of Chicago)

Besides the call for increased federal laws to regulate gun transfers, the report further calls for the Chicago PD to band together with law enforcement in Northern Illinois, Wisconsin, and Indiana to collaborate and combine and share trace data. This regional tracing center would allow agencies to build a better idea of how illegal guns flow through the region.

Approximately two thirds of guns recovered in the city between 2009-2013 came from those areas.

Mayor Emanuel is an outspoken member of Everytown for Gun Safety, a gun control super group that rose from Michael Bloomberg’s Mayor’s Against Illegal Guns. One of the stated pillars of Everytown’s mission is enhanced background checks nationwide.

With these revelations as well as those on the city’s proposed gun store restrictions, gun-rights groups are responding.

“This proposal is just one more attempt by a gun prohibitionist to prevent gun sales, period,” said Citizens Committee for the Right to Keep and Bear Arms (CCRKBA) Chairman Alan Gottlieb in a statement obtained by Guns.com Wednesday on the Chicago report.

“We would not be surprised to see this become the new national gun control mantra; the next so-called ‘sensible’ step pandered by the gun prohibition lobby,” Gottlieb elaborated. “They don’t want to prevent crime; they want to prevent gun ownership.”