Ares Armor back in the 80 percent polymer lower business

Ares Armor, who recently made headlines after being raided by federal agents, is once again selling 80 percent lower receivers. These updated 80 percent receivers are notably different from the “jigless” receivers previously carried by Ares Armor and require more specialized tools to complete.

A complete lower receiver is technically a firearm while these parts are just paperweights. By themselves it is impossible to use these hunks of plastic to build any type of gun, but with a jig and a drill press a non-prohibited person can make these into a pistol or rifle just as legally as if they had purchased it and undergone a background check.

While Ares advertised these as “unregistered” and “unserialized” there is nothing illegal about the 80 percent receiver business. An 80 percent receiver does not have the finishing touches required to legally classify them as any part of any type of gun.

What the Bureau of Alcohol, Tobacco, Firearms and Explosives argued was that the receivers Ares was previously selling were not true 80 percent receivers, either because of its two-material construction or because of the pin guides molded into the sides. These potentially greater-than 80 percent receiver were confiscated by the ATF in a raid following a series of legal battles and court rulings. The lowers were manufactured for Ares by EP Armory. 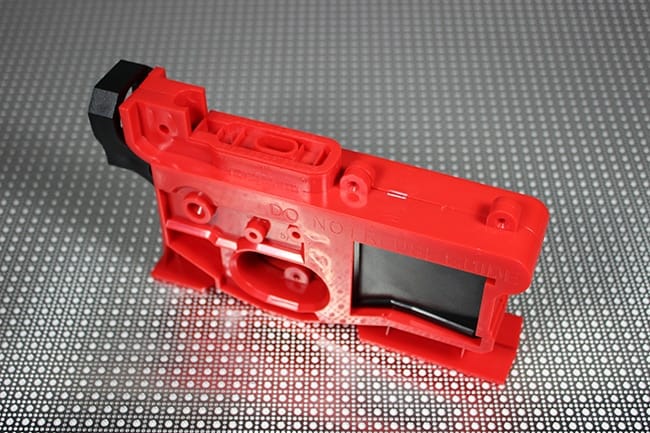 The company is gearing up for future legal battles by offering its merchandise for pennies over cost. These new 80 percent lowers are the first products we’ve seen with any significant markup, although they are less expensive than many other 80 percent lowers on the market.

Ares Armor is listing these 80 percent lowers starting at $90 for one receiver. Bulk orders are given discounts and anyone who orders five or more pays $81 per receiver and 10 or more secures a price of just $76.50.

The price includes a jig which represents about a $50 to $100 savings over other 80 percent lowers. Additionally each receiver comes with the bits and end mills necessary to finish the receivers.

These prices are a little higher than many complete receivers, even when you take things like shipping, taxes and background check fees into account, especially because they require special tools to complete, however, people are willing to pay extra for anonymity.

The fact that they are polymer means that the equipment needed to finish them does not need to be professional-grade, and also has the benefit of not requiring any special finishing process such as anodizing in the case of raw aluminum 80 percent receivers. 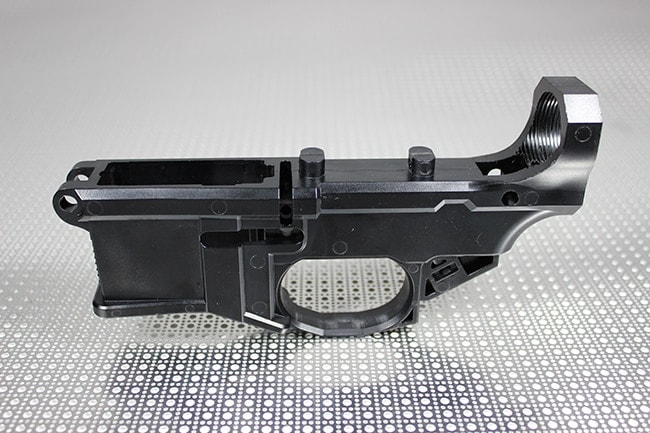 And polymer receivers are gaining traction with the AR community as they are more flexible and scratch-resistant than traditional lowers and even more durable under certain circumstances.

Ares isn’t the only company to sell these receivers. James Madison Tactical sells similar hardware to home gunsmiths looking to build their own AR-15. Like Ares JMT sells polymer jigs along with their receivers, although the company’s are a little pricier at $100.

And though they’re polymer, these non-jigless lowers are functionally the same as traditional 80 percent lowers that have a long history of being freely sold all across the country. It’s unlikely that they will raise any brows at the ATF.

Right now Ares is only carrying black receivers but it’s possible that other colors are in the works. These overbuilt receivers have added reinforcements at their stress points, and are a strong platform for building a solid lower receiver on your own, affordably and anonymously.