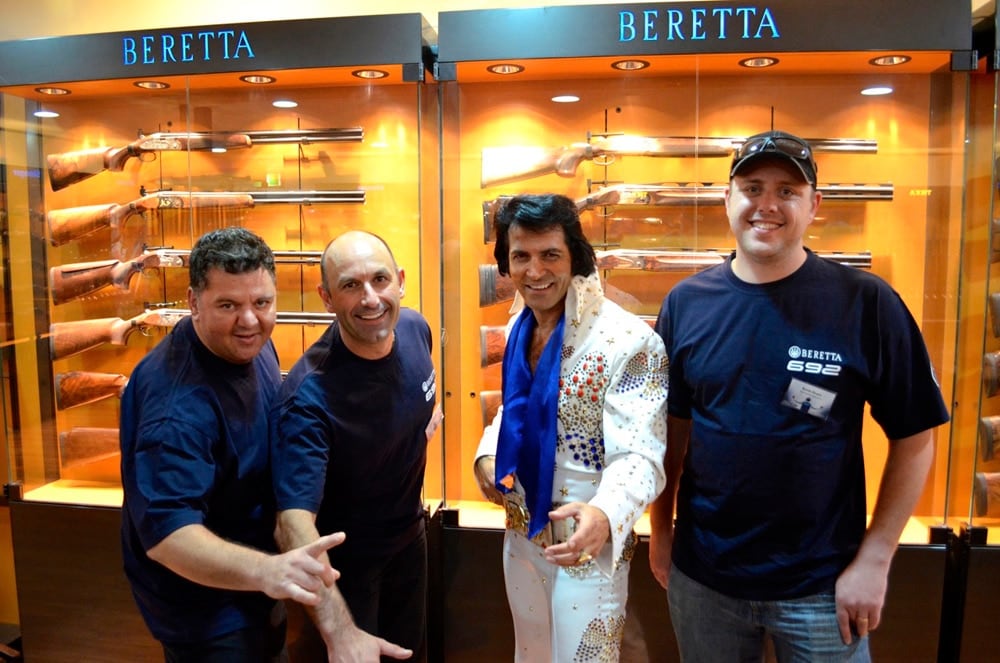 The Elvis estate voluntarily dismissed its civil suit against the Beretta gun company on May 29.

Written in the court document closing the case is a one-sentence explanation: “[Elvis Presley Enterprises, Inc.] gives notice that it dismisses this action with prejudice because the dispute giving rise to the filing of a civil action has been settled.”

Guns.com reached out to the estate’s attorney, but no word yet how the case was settled.

The ads launched late 2012 and shows what appears to be Elvis wearing his rhinestone-studded jumpsuit, a shooting vest and ear protection while wielding dual finger guns, and is accompanied by the caption, “The new legend in clay shooting … Highest-level performance to shoot like a star.”

Additionally, at press events Beretta had Elvis impersonators appear, perform and greet gun enthusiasts, and in some cases the company had the impersonators pose with weapons.