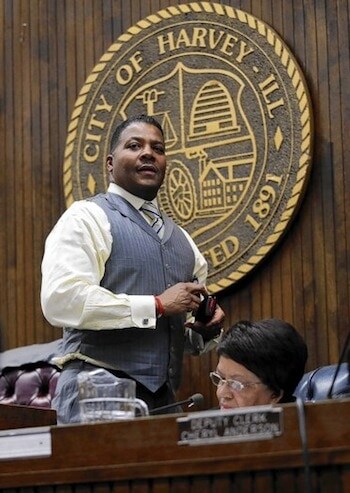 The mayor of a suburb approximately 20 miles south of Chicago closed down a municipal gun range on Thursday citing concerns that stray bullets are endangering the safety of nearby residents, local media reported.

Invoking his executive powers, Harvey, Illinois, mayor Eric J. Kellogg posted a cease and desist order on a gun range controlled by the Harvey Park District, claiming that the range poses “a clear and present danger to the residents.”

“When residents have bullets lodged in their homes, I believe this is negligent and dangerous,” said Kellogg, who did acknowledge that it was impossible at this point to determine the origin of the stray bullets.

“I think by closing the facility, it gives the residents an opportunity to exercise the freedoms of their home. They can live, rest and play on their properties.”

Local resident Robert Aguilar Jr., who lives in a trailer park behind the range, maintains that the bullet holes in his home are a result of inexperienced shooters practicing at the facility.

“You could sit out here and you hear the ricochetings [sic] of the bullets; flying through the air; hitting the trees,” he told CBS Chicago.

Aguilar, who has a young child, suggested that living behind the range negatively impacts their quality of life.

“We’re getting fed up already. We’re getting tired. People are getting scared. Kids don’t want to come out and play,” Aguilar explained.

But the officials who operate the range believe that the criminal element in and around the area are responsible for the stray bullets, not the law-abiding patrons of the range, which include law enforcement and security personnel.

“There’s absolutely no problems. If there were problems, I think that it would be reflected by the law enforcement agents that are actually using this [range]. The Illinois State Police is one of the tenants,” said Rick Hammond, the park district’s attorney.

“I can tell you that if there are any gun holes in property anywhere around the city of Harvey, that it does not come from this gun range,” he added.

Park officials also point to a January inspection of the range, which found that the patrons were in compliance.

To make sense of why mayor Kellogg is targeting the range, Harvey Park District Vice President Anthony McCaskill theorized that shutting down the range was a political maneuver meant to bring negative attention to McCaskill, who is challenging Kellogg in the mayoral race next year.

“I think that, because all the bad press that Harvey’s been getting, that this is some way of trying to spin all of the negative press,” he said. “I think it also has to do with me being a candidate for mayor.”

Meanwhile, the range will be shut down until a June 6, the date on which a public hearing is scheduled to discuss the matter. Pending the outcome of the meeting, either side may be gearing up for a legal battle.