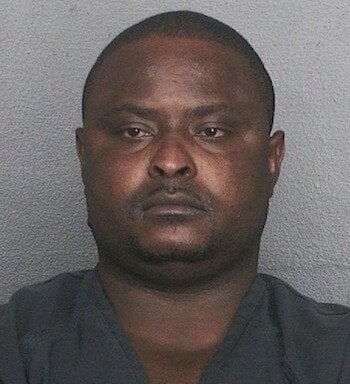 A Florida car dealer is being charged with attempted murder for shooting a teen burglar in the abdomen last Friday when the teen, along with three accomplices, attempted to rob the dealer for the second time.

Thirty-four-year-old Jonas Charles who owns JC Best Auto Sales in Pompano Beach had his dealership broken into on May 21 or the early morning hours of May 22, according to police reports.

The burglars got away with a 2011 Nissan Altima and a 2008 Mercedes Benz, together worth approximately $30,100.  Additionally, the crooks stole a $2,000 laptop and keys to other vehicles, as the Sun Sentinel reported.

Concerned that the burglars would come back to steal from him again, Charles and some of his friends stayed up late and monitored the lot.  By around 2 a.m., all but one of his friends left.  Not long after, four burglars arrived on scene in a Nissan Rogue.

When Charles saw the teens pull up, he immediately confronted them.  He fired several shots from his handgun, which sent them running.  Charles pursued two of the juveniles, a 15-year-old and a 13-year-old, he had them cornered.

According to witnesses, the teens put there hands up and one said, “Please don’t shoot me.” Charles, who would later tell detectives he was protecting his property, shot the 15-year-old in the stomach.

“Oh, you shot me bro!” exclaimed the 15-year-old on a recording captured by the 911 dispatcher. “I can’t breathe, I can’t breathe!”

The bullet traveled through the teen’s lower abdomen and exited his body near the rectum, said detective Tim Metz from the Broward Sheriff’s Office in his report.

When police arrived on the scene the located Charles’ firearm, which was hid inside a BBQ grill.  Initially, Charles denied shooting at the teens, but eventually confessed to pulling the trigger.

He was charged with attempted murder without premeditation.

As for the injured teen, he was brought to a local medical center where he survived the gunshot wound.

Both teens are now looking town the barrel of burglary charges for their part in the attempted robbery.  As for their accomplices, the other two that got away, authorities are still seeking information on their whereabouts.

For some, the charges against Charles are unjustified.

“Look, people come in and try to steal your property, you’ve got to defend yourself,” Ken Phillips, owner of the property on which the car lot sits on, told a local ABC affiliate. “That’s the American way. I don’t know why all of the sudden it’s become an issue.”

But the Sheriff’s Office contends that despite his claims of fearing for his safety and protecting his property, Charles was “egregiously excessive in the manner in which he chased the burglars throughout his property … randomly firing at them.”