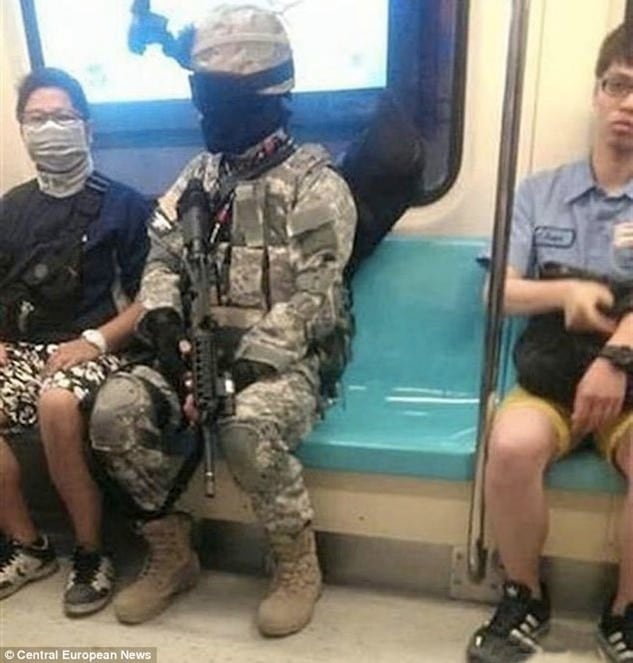 A Taiwanese war-gamer dressed in full “battle rattle,” including an imitation M-16, was almost shot by police after exiting a train at the same Tapei station where a mass stabbing took place just a week earlier.

Ming Shao, 29, wanted to play survivalist games with his friends, but said it was simply too much trouble to pack his gear. So he wore it. 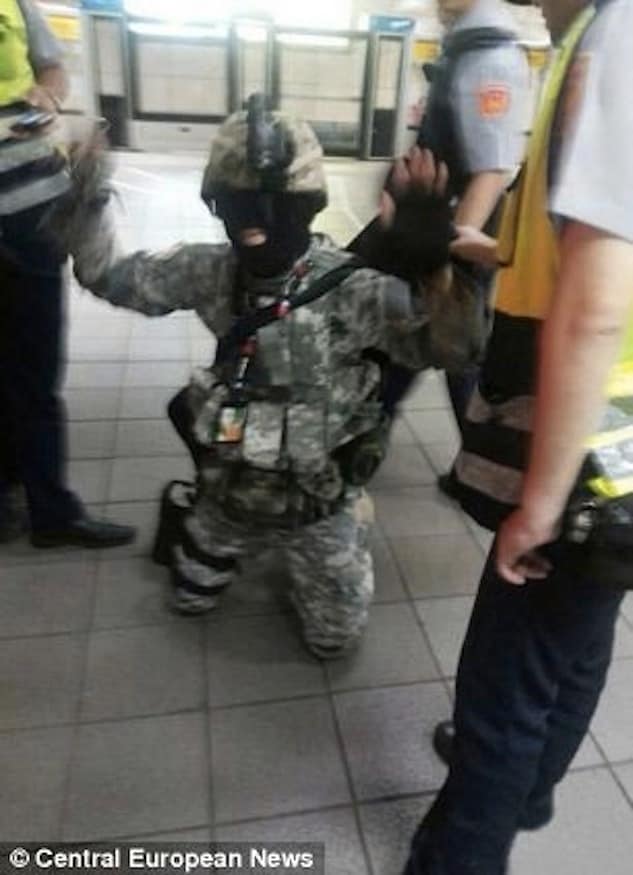 Things became all too real for this gamer decked out in full “battle rattle.” (Photo credit: Central European News)

Donning his tactical gear -which included a military-style uniform, imitation grenades, night vision goggles and a ski mask – Shao stepped onto the train and made his way towards his destination, but police swarmed him before he had a chance to get there, Daily Mail reports.

“This man doesn’t realize how close he came to losing his life,” said an officer who responded to the incident.

“Armed specialists were posed to open fire and ask questions later,” the officer continued. “If he had twitched or looked the wrong way, he would have been dead, because our priority was to protect the innocent civilians on that train.

Shao told police he “didn’t mean any harm,” but officers were extra wary in light of the recent subway train stabbing rampage at the same station that left four dead and 25 injured.