A toddler was critically injured by a flashbang during an early morning SWAT raid in Georgia Wednesday.

SWAT breached an Atlanta residence around 3 a.m. in search for Wanis Thometheva, 30, who was wanted for selling drugs. They deployed a flashbang, but the device landed in 19-month-old Bounkham Phonesavanh’s playpen, WSB-TV reports. 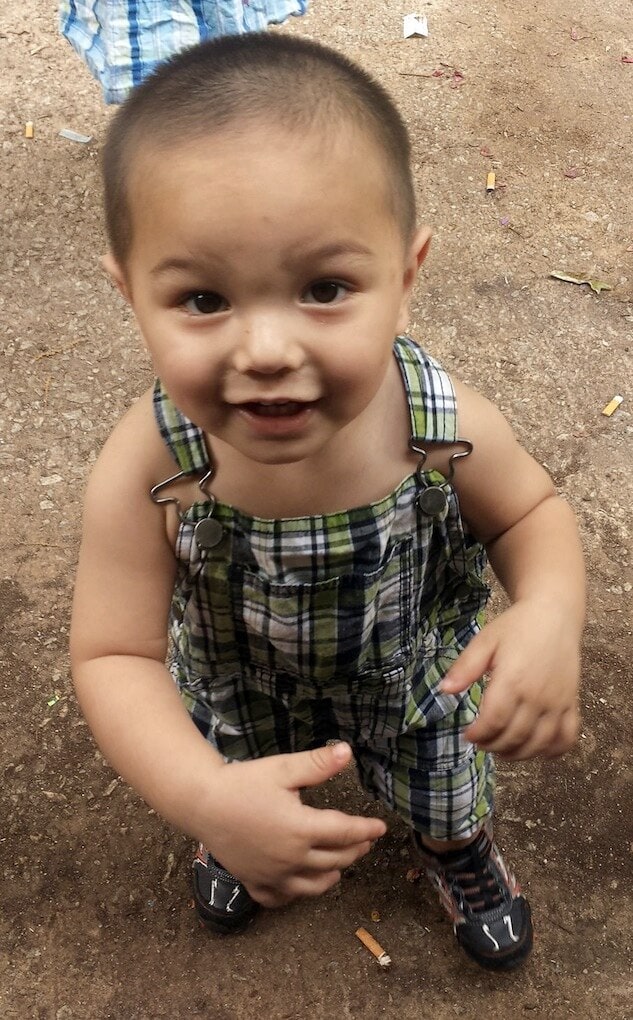 Bounkham Phonesavanh was severely injured when a flashbang detonated in his playpen.

The baby was severely injured by the blast and was transported to an area hospital, where he was placed in a medically induced coma.

“It landed in his playpen and exploded on his pillow right in his face,” said the boy’s mother, Alecia Phonesavanh. “It blew open his face and his chest. Everybody was asleep. It’s not like anyone was trying to fight.”

According to Atlanta Journal-Constitution, the raid took place after a confidential informant reported he had purchased methamphetamine from Thometheva.

Law enforcement officials were familiar with Thometheva, who had prior drug and firearm related arrests. He wasn’t home at the time of the raid but was captured later on at another residence.

Cornelia Police Chief Rick Darby said the operation was a multijurisdictional effort. He added there was no indication children were present in the home. 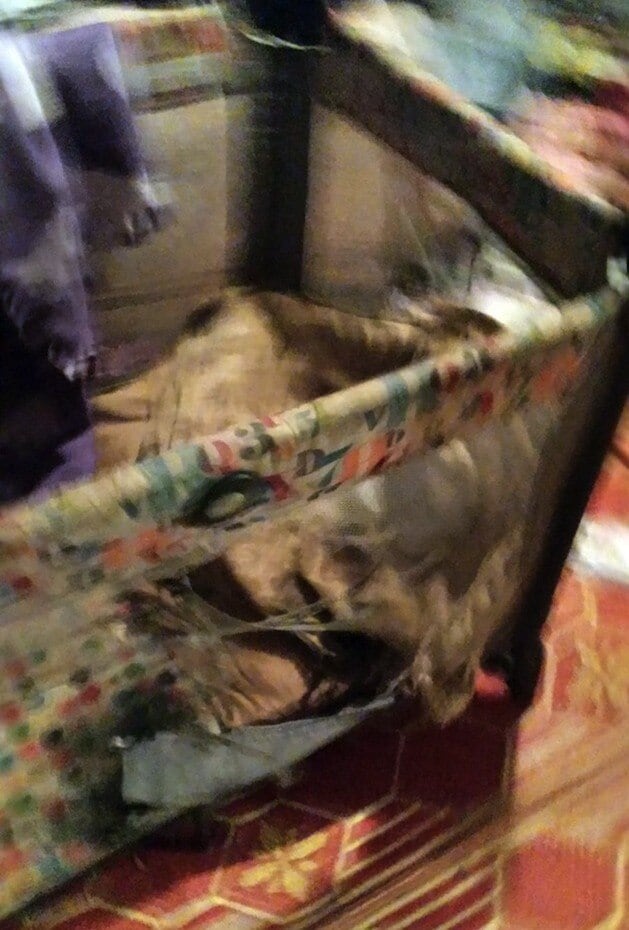 The side of the baby’s playpen was blown open from the blast of the flashbang.

“There was no clothes, no toys, nothing to indicate that there was children present in the home. If there had been then we’d have done something different,” Darby said.

“The last thing you want is law enforcement to injure someone innocent,” Terrell said. “There was no malicious act performed. It was a terrible accident that was never supposed to happen.”

Doctors say baby Phonesavanh has about a 50 percent chance of surviving his wounds, but say they won’t know for certain for at least several weeks.

“Our hearts are broken with them because of the child,” Terrell added.