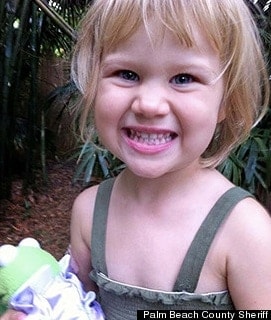 Video recordings of a Florida father talking to police after his 3-year-old daughter shot herself with his handgun have been released to the public for the first time.

Thomas Chambers, whose daughter Zuri Chambers accidentally killed herself on Feb. 13 of this year, is seen in videos telling investigators how the tragedy unfolded.

Chambers told the Palm Beach County Sheriff’s Office that he left his firearm on the stand near the front door so he wouldn’t forget it when he left for work at Go You! Frozen Yogurt.

A licensed concealed carry permit holder with no criminal history, Chambers carried at work because he often makes bank deposits and nightly cash pick-ups for the yogurt chain.

Zuri apparently found the loaded weapon after Chambers had put his other child, a 7-month old, down for a nap and while he was in another room getting ready. He told police he heard a “very loud pop” before he found his fatally-wounded daughter.

She was still breathing.

“I just held her,” said Chambers in the recordings obtained by local news affiliate CBS 12. “And I just talked to her, in her ears, and I told her that I love her.”

Chambers couldn’t believe that she was strong enough to operate the weapon.

“The safety is that it’s a 10-pound trigger,” Chambers told investigators. “It’s not easy to pull.”

Police said that it was the third time that Zuri had handled a firearm unsupervised. One time the toddler found the firearm in a laundry basket. Another time, she had found it and pointed it at her mother, Crystal Cooper, while she was sleeping. 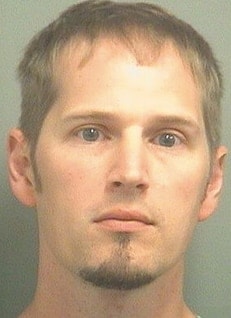 “She got up before I did, and she grabbed it, and she was like pointing it at me,” Cooper told Police. “And I’m like, ‘Oh, my God.’ And I grabbed it so fast.”

David Chambers, Thomas’s brother, told the Sun-Sentinel that his brother is not an irresponsible gun owner, adding, “No parent intentionally leaves things exposed for children.”

Although it was an accident, Thomas now faces a charge of aggravated manslaughter of a child by culpable negligence. Soon he will have his day in court.

In response to this development, Shannon Watts the founder of Moms Demand Action for Gun Sense in America said “More than two million American children live in homes with unsecured guns — and this tragedy is another sad example of why it is so important for guns to be stored responsibly.”

“The problem is that many parents don’t think it can happen to them, they underestimate their children’s curiosity and the results can be deadly,” Watts continued in the statement to Guns.com.

“We can respect our Second Amendment rights while also protecting our kids by making safe storage of guns the standard in every home — especially ones with children. In many states, there are no laws that hold adults accountable for negligent shootings. We’re grateful that law enforcement in Florida is taking this case seriously,” she concluded.

Guns.com also reached out to the National Shooting Sports Foundation, the firearms industry trade association, for comment on this story. We are currently awaiting their reply.