The Washington D.C. Council is considering a new bill that, if passed, would force legal gun owners who have a temporary restraining order filed against them to immediately surrender their registered firearms.

While those who have already been convicted of domestic abuse charges are prohibited from owning guns under federal law, this bill is aimed at those who are still legally allowed to possess them, and would require them to give up their guns before having their day in court, FOX affiliate reports. 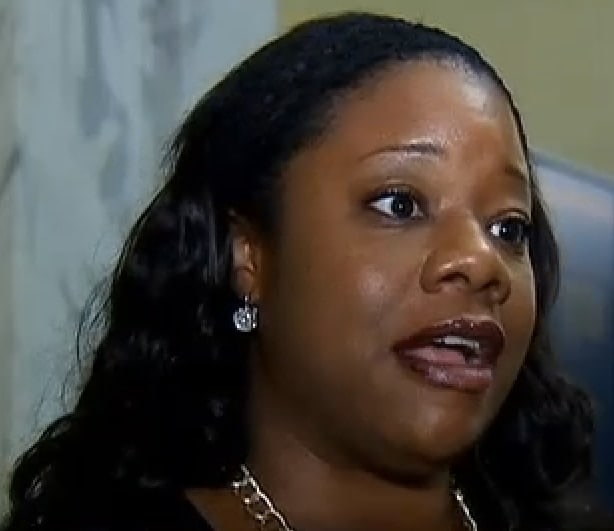 Karma Cottman said domestic violence victims are most vulnerable after they leave an abusive partner, and reasoned that having only a restraining order for protection is not enough. (Photo credit: Screen grab from FOX)

When it comes to domestic violence situations, the period of time between a temporary restraining order and a permanent one is critical, say proponents of the bill, because that’s when a victim is most likely to be seriously injured. But those opposed to it say the lack of due process is a breach of constitutional rights.

“The violence escalates. The stalking escalates during that time and so the process for which the person receives a temporary restraining order is to allow them to have some of initial safety,” she continued.

But some legal gun owners spoke out against the bill, saying it would be easy for the law to be abused.

“I think the government here needs to hear that I’m skeptical of the power they are seeking,” said Brian Wrenn, a registered gun owner in D.C. “I’m skeptical that they’re saying they are trying to protect people who might be vulnerable to circumstances where a protection order be needed. But I think that system could be abused and I don’t think they’d do anything about it if it was.”

George Lyon of the Community Association for Firearms Education agreed with Wrenn, adding there needs to be language built into the bill that protects those legal gun owners who are not actually violent.

“There needs to be safeguards so that truly dangerous people are prohibited from owning guns and the people who are not dangerous are allowed to maintain their Second Amendment rights – even if they’re going through a contentious divorce,” Wrenn said.

As the Council hearing drew to a close, parties from both sides agreed the bill needs to be tweaked in order for it to abide by the Constitution.

“There are different ways you can preserve people’s rights and due process and still get weapons out of dangerous people’s hands in a timely fashion,” said Tamaso Johnson, policy attorney for the DC Coalition Against Domestic Violence. “I think this bill – as written – may need some tweaking, some refinement in order to balance the interest of that constitutional rights with the interest of victims and the public.”