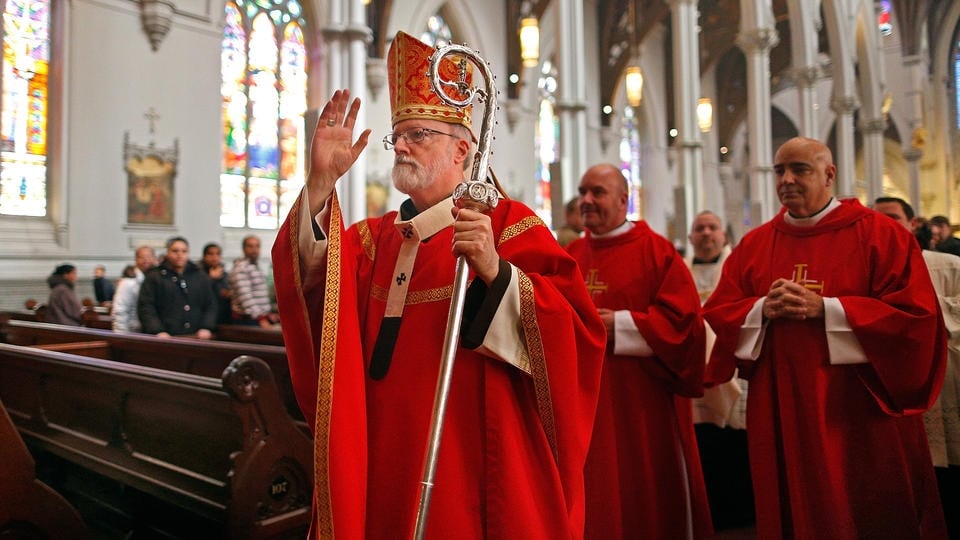 In a continuing trend of religious leaders becoming involved in gun politics, Roman Catholic leaders in Massachusetts announced their support this week for a harsh new gun-control measure.

They stated that in doing so, they hope to prevent tragedies such as those in Isla Vista, California.

Those involved include the archbishop of Boston as well as three bishops from around the state who Thursday issued a letter of support for a tough new gun bill introduced by House Speaker Robert DeLeo on May 27.

DeLeo’s bill would be a strict overhaul of the state’s gun laws, including expanding Massachusetts’s ‘may-issue’ concealed carry policy to cover not only the carry of handguns, but also the ownership of handguns, rifles, and shotguns.

“It appears that the legislation introduced Tuesday is measured and reasonable; it does not infringe upon the rights of sportsmen and others who possess firearms for legal and legitimate purposes,” read the statement issued through the Massachusetts Catholic Conference.

The reasoning given for the bishops’ pubic support of the bill was explained in terms of its perceived relevance to reducing much-publicized incidents of mass killings in recent years.

“It would help to prevent tragedies such as those in Newtown, Connecticut or more recently in Isla Vista, California,” continued the statement. “No community is immune to the possibility of a devastating tragedy. Whatever its final form, it is abundantly clear that legislation aimed toward the reduction of preventable deaths is necessary.”

According to a 2010 survey by the Association of Statisticians of American Religious Bodies, Massachusetts is the most heavily Catholic state in the Union, with some 44 percent of its residents belonging to parishes.

The move by the Catholic leaders in New England can be seen as a continuation of involvement by clergy in the gun-control debate.

Before Georgia’s bill was passed into law, an interfaith group that counted as its members some 200 clergy from Christian, Jewish and Muslim groups from around the state actively campaigned against the legislation, going so far as to take out full-page newspaper ads in opposition.

Bryan Miller, executive director of Heeding God’s Call, shown above at a Good Friday gun-control demonstration, has loudly called for magazine limits, saying, “Nobody needs a 15-round ammunition magazine unless they are a domestic terrorist or a gangster.” (Photo credit: Heeding God’s Call)

One of the loudest voices in the argument for New Jersey’s current magazine restriction legislation, now on Gov. Christie’s desk, has been Bryan Miller, executive director of Heeding God’s Call, a faith-based organization dedicated to gun control.

“Our top priority is a 10-round limit on magazine size,” Miller said earlier this year. “Nobody needs a 15-round ammunition magazine unless they are a domestic terrorist or a gangster.”

However, there are a number of religious groups that are more oriented to gun rights.

This March, a Baptist church in Troy, New York, arranged to raffle not one but two Smith and Wesson M&P15 rifles, just before that state’s SAFE Act registration requirement on so-called ‘assault weapons’ kicked into effect.

Recently Guns.com’s Ben Philippi visited Heart of Fire in Louisville, Kentucky. There Bishop Dan Johnson, who leads the sermons, explains why as a Christian it’s important to be armed, a theme at the church.