St. Louis PD to auction off $1 million worth of Tommy guns to buy new weapons (VIDEO) 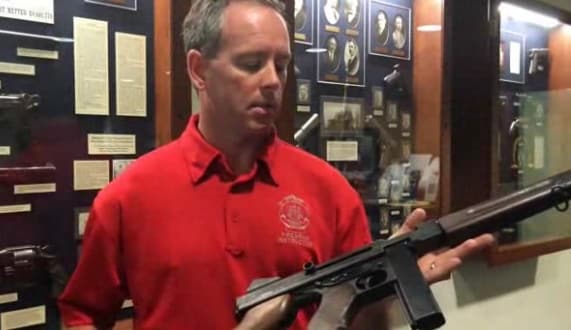 In a case of recycling old for new, the St. Louis Metro Police Department wants to auction off 30 vintage Thompson submachine guns, worth an estimated $1 million, to buy new sidearms.

The guns are the remnants of up to 75 acquired by the department to equip special units fighting organized crimes and bootlegging operations during the Prohibition era.

The proceeds realized from the sale of these guns, which have largely been in storage since the 1960s, would allow the agency to purchase new sidearms, for which funding was recently cut.

“It’d be nice for nostalgia to have those in the police department forever,” said Jeff Roorda, with the St. Louis Police Officers’ Association. “But the more pressing need now is that officers have firepower that matches the firepower in the hands of the bad guys.”

The guns include 29 that are held at the city’s armory, as well as one that has been housed at the crime lab for ballistics testing. Total value of these guns is a moving target, with the collection varying widely from a pair of early 1921 Colt-made guns, each appraised at $31,000, to a World War II-era Auto-Ordinance/Savage M1 from 1942, valued at a bargain of $14,000. 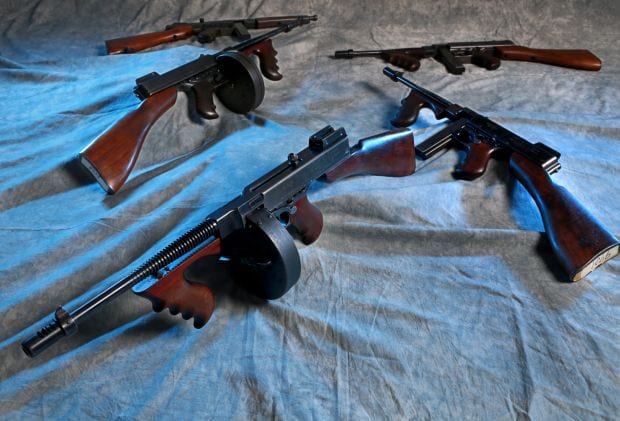 A 2012 appraisal valued the total lot at $770,000, but in the world of transferable NFA-registered machine guns, that could be conservative.

In a recent auction held by Cowan’s of the Robert Wray collection, which included several Class III machine guns, prices rose dramatically before the final gavel fell. One of these was a 1921 Colt-made Thompson, in 85 percent condition, that sold in excess of $42,000.

St. Louis Metro is in dire need of new firearms, having carried their standard Beretta 9mm handguns for twenty years. In 2013, a $1.4 million request to upgrade to new, .40S&W-caliber sidearms was not approved by the city. This added fuel to the fire of officers wanting to carry their own personal rifles  to augment their firepower.

The move by St. Louis is not without precedent.

In January, the Forsyth County Sheriff’s Office in North Carolina asked county supervisors to swap a pair of early transferable Class III Thompson submachine guns for a truckload of 88 new Bushmaster rifles. The sheriff’s tommy guns were valued at $60,000 and had been gifted to the department by a local tobacco company in the 1930s.

While St. Louis plans to reap a return on their Thompson investment, they also plan to keep at least one of gun, as well as two World War I-era Lewis machine guns, for posterity.

“There is a side of me that I hate to see them go,” said Sgt. Christopher Blake Tucker, a weapons officer with St. Louis Metro, “but, if it’s going to benefit the officers in the future, I can live with that.”